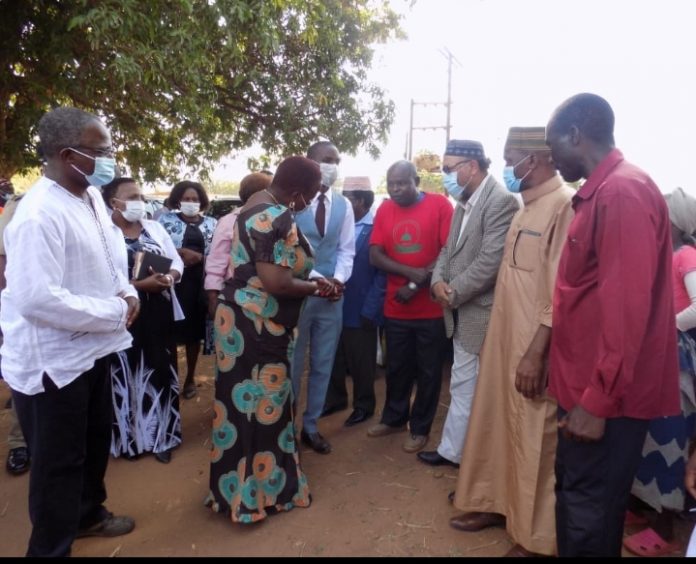 Qadria Muslim Association Malawi (QMAM) has been hailed for impact registered in changing community perception towards HIV/AIDS in the areas of Traditonal Authority (T/A) Mposa and Senior Chief Chamba in Machinga district.

QMAM through a two-year Faith and Community Initiative (FCI) project with support from Health Policy Plus (HP+), has been engaging faith leaders in the two areas with an aim of increasing the number of men and boys who go for HIV/AIDS testing, and uptake of the treatment.

Speaking at Senior Chamba Headquaters on Monday when she toured the outcomes of the project which ended in September this year, Minister responsible for the ministry of Health; Khumbize Kandodo Chiponda said government is impressed with the project saying involving religious leaders on HIV/AIDS is quite productive.

Chiponda said HIV/AIDS remains a health challenge, which also require people to be sensitized for the community members to take action not only when they are sick.

The honorable minister said the most impressing element of the project is that it used people from the same locality to disseminate the information.

“The way the community has received this message, it is very impressive because they are hearing it from their own, sometimes it makes more sense if the one carrying the message is somebody you know, somebody from the same village,” she said.

The honorable minister then suggested that the method QMAM has used could be beneficial if adopted on Covid19 vaccine messages.

Speaking earlier, Health Policy Plus (HP+) an organization that funded the project, Country representative Olive Mtema said the aim of the project was to reach out to men and boys with HIV/AIDS services because data shows that men and boys are mostly reluctant to take part in the said activities.

Apart from expressing satisfaction with the implementation of the project, Mtema said the knowledge imparted will still be beneficial to the community as the trained people will now be working in collaboration with Machinga District Health Office.

“We are very satisfied for the work we have done, because in a short period we have thousands of men that have accessed these services, but the project was short-lived, we would have loved to continue for several years,” Mtema said.

On the possibility of extending funding for the project, she said the Healthy policy plus project had come to an end but was optimistic that USAID will fund other projects in the near future.

On his part, QMAM Secretary General Osman Kareem hailed the collaboration that has been there among the community members during the implementation period saying it has enhanced coexistence among people of different denominations.

“It has been a successful project as many youth have come forward to do testing, there have been an overwhelming response, and we expect that ministry of health may look at it kindly and bring back the project here or any other place in Malawi,” Kareem explains.

On the challenges, Kareem said it was not easy to convince male and boys to go for HIV/AIDS testing and full involvement in health activities.

The 2-year project has seen 7, 649 people been reached with HIV/AIDS messages and , 6, 149 Oral quick equipments been distributed.

The project which was supported by HP+ with financial support from USAID and has also been working on curbing Gender based violence, early marriages and rape. 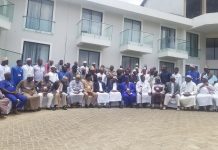