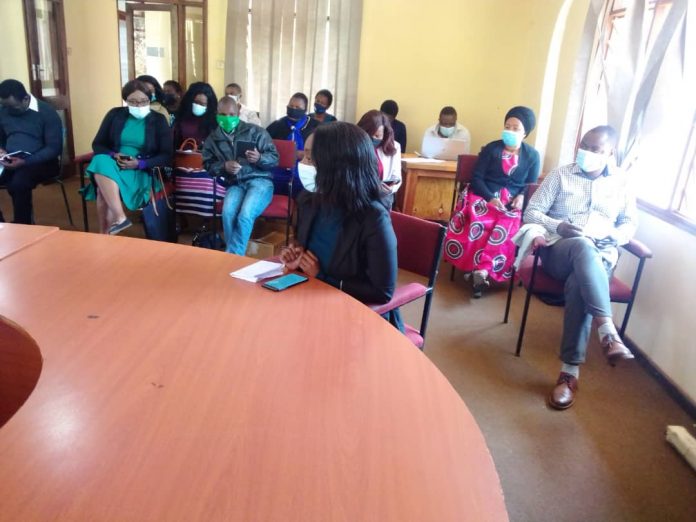 Lilongwe, Blantyre, Zomba and Mzuzu will be considered in the distribution of treated mosquito nets as urban areas, a total of 9,258,645 LLINs have been procured targeting a population of 16,665,561.

Briefing the Dowa District Executive Committee (DEC) on the overview of the 2021 LLINs mass distribution campaign at a meeting held at the boma, District Environmental Health Officer (DEHO) for Dowa, Joseph Luwesha, said Malaria is still endemic in the whole country saying its transmission is perennial in all areas and peaks after the start of the rainy season.

Luwesha said Malaria remains a major public health problem accounting for over 24 percent of out-patients visiting hospitals, contributes to 30 percent of in-patient cases and its prevalence is 24 percent among children aged between 6 to 59 months.

He said the Ministry of Health adopted use of LLINs as one of the major intervention in 2005, maintaining it in its malaria strategic plan 2017-2022 with an aim of having the whole population sleeping under LLINs by 2022, universal coverage for every two people, one net.

The Officer said the purpose of the campaign is to distribute LLINs to all households in Malawi in order to achieve universal coverage for LLINs in the targeted population and contribute to Malaria reduction in the country.

“There will be door-to-door household registration and this will be conducted in a fixed site of distribution throughout the campaign and Covid-19 pandemic prevention measures will be followed,”said Luwesha.

Luwesha observed that there are some barriers to the use of LLINs saying people kept complaining that despite sleeping under LLINs , people still suffer from Malaria, there is general outcry that LLINs which are given these days do not have a potency to kill mosquitoes and LLINs negatively affect sexual performance in married couples.

He said the other barriers are mosquito nets bring bedbugs, households find bedbugs more irritating than mosquitoes hence stopping sleeping under LLINs and LLINs abuse especially in lake shore areas saying people prefer to use LLINs for catching fish rather than using for the intended purpose.

In his remarks, District Director for Health and Social Services for Dowa, Dr. Peter Makoza, advised the communities to sleep with the whole body inside LLINs and not leaving one leg outside to avoid complaints that treated mosquito nets which are being distributed nowadays do not kill Mosquitoes.

Dr. Makoza urged Dec members to raise awareness messages to the communities on the proper usage of LLINs to meet the intended outcome so that each and every household sleep under treated mosquito nets to contribute to Malaria reduction in the communities, district and the country as a whole.