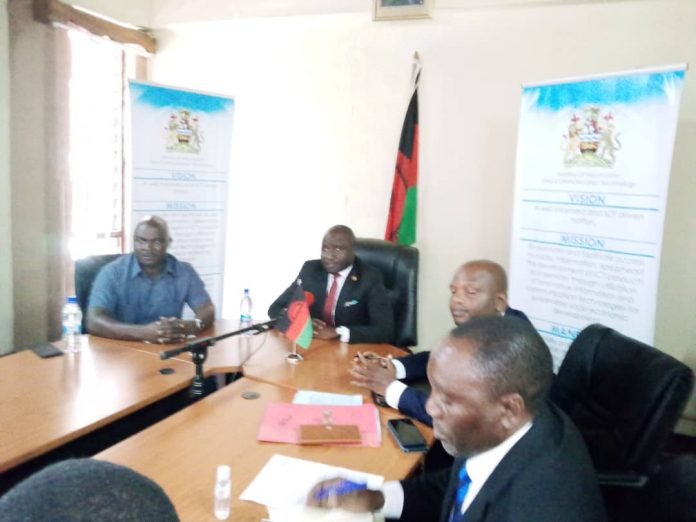 Minister of Health Jappie Mhango and Minister of Information Mark Botomani have maintained that they are not going to resign as demanded by the Human Rights Defenders Coalition (HRDC).

The Ministers said they have not done anything wrong to step down during the meeting with the human rights organisation yesterday in Lilongwe.

“We are not resigning because there is nothing wrong that happened. We have been doing our job right and we will continue serving Malawians. We want to make sure that coronavirus is contained and that is exactly we will be doing so there is no need to resign because nothing wrong happened,” Mhango said.

Mhango claims the video that went viral on social media was manipulated.

“People complicate things because they do not have enough evidence. The issue was simply brought out of proportion because the information that had gone viral was actually a doctored,”

“We were very surprised because we have never received such amount of money mentioned in the video clip so we still insists that we are not going to step down because we haven’t done anything wrong,” he said.

In his remarks Minister of Information Mark Botomani said he will not resign because there is no need to do so.

Meanwhile HRDC insisted that the two should resign to allow thorough investigation on the matter and HRDC has maintained that they will take the matter to ACB to investigate if indeed the Ministers are not getting any allowances from COVID-19 funds.