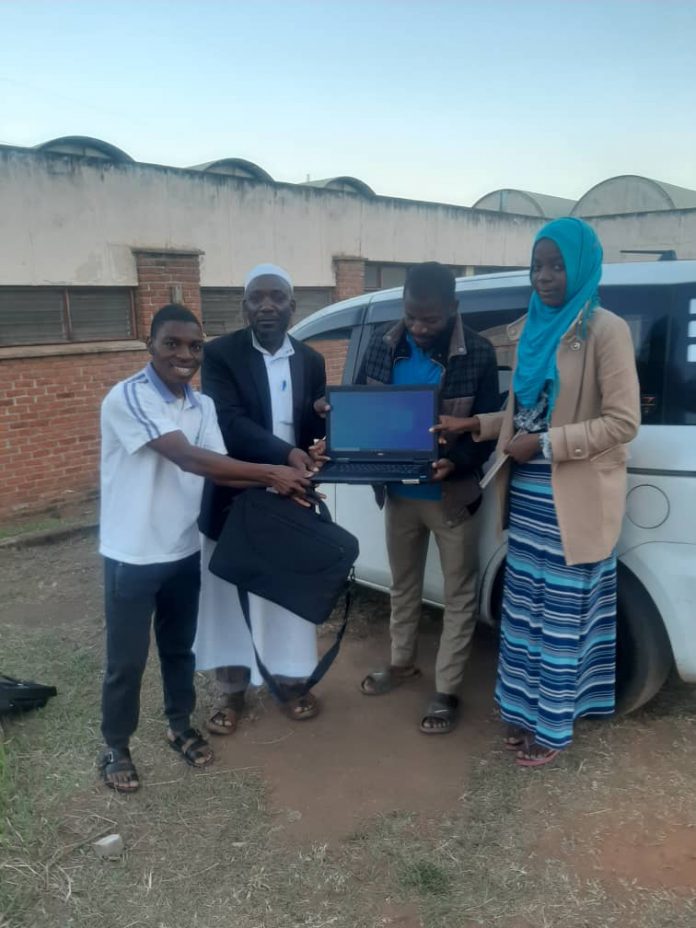 Muslims in the country teamed up to support a needy female student at Malawi College of Health Sciences Blantyre campus.

The organizer of the initiative Sheikh Omar Nkachelenga says Muslims collaborated to support the female student.

“Salam alaikum respected members, on 26th April, 2021, I launched an on line fundraising initiative for Zytoon Nsonkho, a needy Muslim student at the Malawi College of Health Sciences. The initiative was halted just hours after the launch when Islamic Zakaat Fund (IZF had intervened after taking note of the initiative on the social media,”

“We had already collected K344,197.62 before the suspension. Yesterday I bought a laptop for her for K150, 000. I sent the remaining amount (K194, 200) to her via Airtel Money. At 5 pm I went to the Malawi College of Health Sciences Blantyre Campus to deliver the laptop,” Sheikh Nkachelenga says.

The Muslim cleric commends all Muslims who made the initiative a reality.

“I called Malawi College of Health Sciences Muslim Students Union Chairman and Treasurer to witness the presentation. Thanks should go to all that made this initiative successful by contributing generosity. This is not taken for granted. May Allah Subhanahu Watasla reward you for the good gesture,” Sheikh Nkachelenga says.

Speaking in an interview with Malawi Muslim Website Zytoon Nsonkho who is pursuing Diploma in Clinical Medicine commends the Muslims for the support.

“Indeed, I have received the laptop and money. The laptop will help me for studying because most of the notes are in soft copy and I will also use it for typing assignments. The money will help me in terms of buying food and other academic materials,” Nsonkho told Malawi Muslim Website.