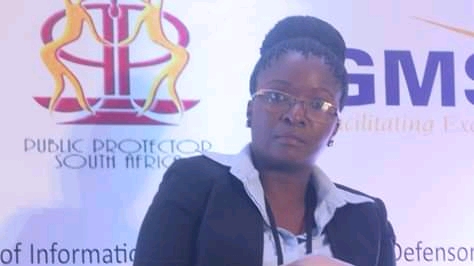 The main theme of the conference is ‘Principles of Good Public Administration and Ombudsman’.

Ms Chizuma shared the podium with Ombudsman of Iran, Azberjan and China where she presented a paper on the role of ombudsman in promoting good administrative practices titled “The contributions of the Ombudsman Institution to the principles of good administration”.

She stressed on two principals of good administration which are at the heart of the ombudsman work in Malawi; the rule of law and ethics, transparency and accountability.

She said that, “as Ombudsman, we are not only providing remedies for the injustices suffered, but also ensuring that the state adheres to its own law and reminding the state of the importance of that. Our failure to do this can be catastrophic to the state itself, because when such injustices are left unaddressed and accumulate, they result in a breakdown of relationship between the state and the people, leading to so many revolts as we are experiencing across the globe”.

She continued to say that, Ombudsman institutions were created for the sore reason to deal with and put to stop different administrative ills and to restore relationships between the citizens and the government. This, she said, can be done by holding the perpetrators of administrative evils to account every time they depart from the ethical standards of operation and in doing that ombudsman institutions are promoting transparency, which on its own acts a deterrent tool for the others.

She urged the Ombudsman institutions to be creative in their work and to live up to the title they hold, which means advocate and representative of the people because the majority of the people they serve are at the lowest strata of the social ladder and are largely illiterate or totally dis-empowered and therefore cannot be expected to demand transparency and accountability from their respective governments.