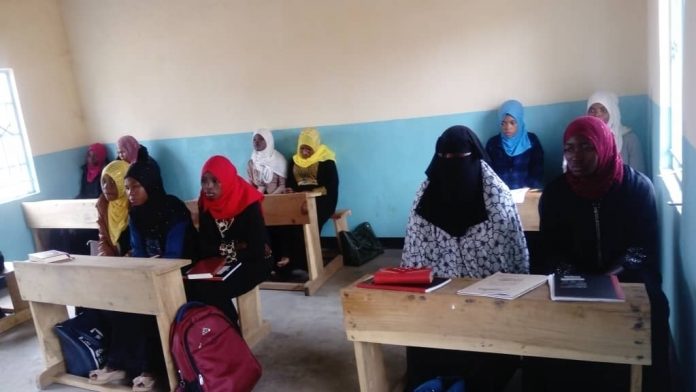 The girls’ boarding school is located in Mangochi, near Mariam College and it was officially opened by Muslim Association of Malawi officials; Alhajj Twaibu Lawe and Sheikh Ali Kennedy.

The principal of the college, Sheikh Dr Alli Binali Makalani told Malawi Muslims Official Website in an exclusive interview that the main aim of the college is to train Muslim sisters to become well qualified sheikhats and muallimats.

“…and not only that. We also want to prepare them to become ustadh who will compete in teaching Quranic madrassas,” said Sheikh Makalani.

He said the college is very important because it is the first of its kind where Muslim sisters will become first qualified sheikhats to acquire higher Islamic knowledge locally.

“The school already opened its doors on September 16, 2019. The good thing is that we are not only offering Islamic studies but secular studies too. We offer English, Education Psychology, Teaching methodologies and Communal work. After completion of the course a diploma will be awarded,” added the Principal.

On sponsorship, Sheikh Makalani said “as of now, there is no sponsorship but we should thank Muslim Association of Malawi (MAM) for building new blocks.”

The school costs MK40,000 per semester and the principal is appealing all parents to enrol their children with the college.