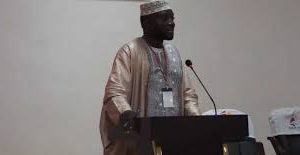 Muslim Association of Malawi (MAM) has rescinded its decision to vacate a court injunction which concerned Muslims obtained restraining the mother body from selling Quran House.

On 8th November the Muslim mother body through its lawyers, applied the vacation of the court injunction whose hearing was tomorrow December 5.

However, the move brought some rumours and misunderstandings in the Muslim community with some alleging that MAM wanted to vacate the injunction so that it can proceed with its initial idea of selling the house.

Some people had even further alleged that the top officials of MAM pocketed a whooping of K50m from a local Muslim businessman persuading them to sell the house, a thing that a Spokesperson for the association Sheikh Dinala Chabulika dismissed as not true.

After seeing that things are getting out of hand, with more speculations piling up — MAM  National Chairman Sheikh Idrissa Muhammad on Tuesday called for an emergency meeting which comprised members of the Pulumutsani House campaign and MAM executive.

According to Sheikh Dinala Chabulika, the aim of the meeting was to find out more about the rumours and clarify MAM’s decision for the vacation of the court injunction.

He told Malawi Muslims Official Website: “MAM already supported the idea of Pulumutsani House. Therefore, we see no reason of still having the injunction in place. After all, MAM had already took a Staying Order as well restraining Dr Kamwaza from selling the place which is still effective up to now. Hence our idea to go and vacate it.

“However, following today’s meeting, we have resorted to adjourn the case to a later date. There are many things that have come up which really need to be solved so that at the end of the day, we all join forces and have one voice.”

In an interview earlier today, Sheikh Chabulika claimed that the concerned Muslims had agreed to vacate the injunction some time back but said they didn’t have money to do it. Hence, asked MAM to go and vacate it on their behalf.

Chabulika therefore said MAM will again meet the Pulumutsani Quran House team on Sunday to map the way forward and discuss the offer which some well wishers brought as part of rescuing the house.

“We all have one enemy which we should be fighting against. Not fighting amongst ourselves. What if Kamwaza goes to court and challenge the Staying Order and yet MAM’s hands is tied up with this injunction? What will happen?” he asked.

The Muslim’s spokesperson therefore appealed to all Muslims in the country to always give dialogue a chance when misunderstandings arise among them.