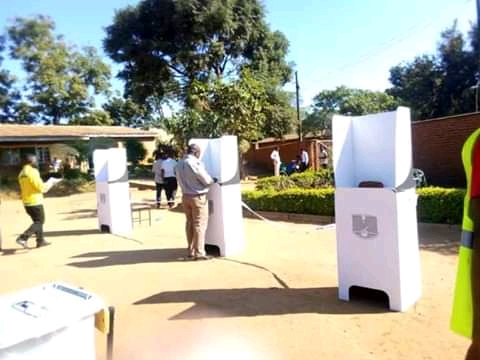 Presiding Officer, MacMillan Maziya said the agreement was reached during trainings by MEC that media personnel be standing outside and accessing vote counting process through the window.

After a lengthy discussion, the meeting resolved that the media be allowed to stay in the room but should surrender their mobile phones to avoid photographing and taking videos.

This development of surrendering phones angered the media who protested heavily and this made the POs with the security agents to allow them stay with their phones off until the vote counting process is over.

“Let the security Letagents and Monitors support me when things go wrong, l am a bread winner and provide fees to my two children who are in secondary Schools,” said Maziya.
.
Dabson Chunga , a CCJP Observer says banning the media for taking part witnessing the counting process could have raised doubts.