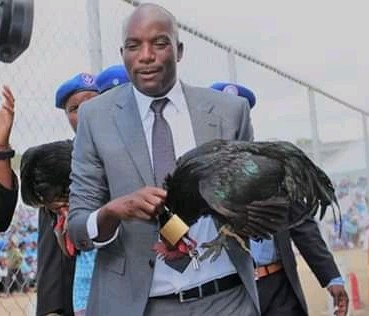 The Chapter is also asking Minister of Information, Mark Botomani to make a public assurance of President Mutharika’s commitment to media freedom and freedom of expression.

It is expecting the Mutharika administration, through the Ministry of Information to disassociate itself from Mchacha’s conduct and assure the nation that the Minister’s actions are not a reflection of government policy to threaten and intimidate journalists working to uphold principles of transparency and accountability in a nation whose constitution guarantees media freedom.

This is contained in a statement by the Chapter to its membership and general public that it wrote Mchacha and Botomani on the same but no response.

In the statement, the Chapter says Mchacha used all sorts of swearwords in a recorded phone conversation with Mr. Kabango who was pursuing a story on how the Deputy Minister allegedly acquired public land in Limbe, Blantyre.

The Chapter says it believe his actions were a violation of media freedom and freedom of expression and can construed as an attempt to silence journalists in the country.

“We expect exemplary conduct from cabinet ministers, including Hon. Mchacha ” reads the statement in part.

The Chapter says it is in receipt of a letter from the Ministry of Information dated 10th January, 2020 in which the minister promised to consult and handle the matter with seriousness that it deserves but one months has elapsed without any further communication or action from the Ministry saying it is its expectation that the two government ministers will speak out by Monday, 17th February, 2020.