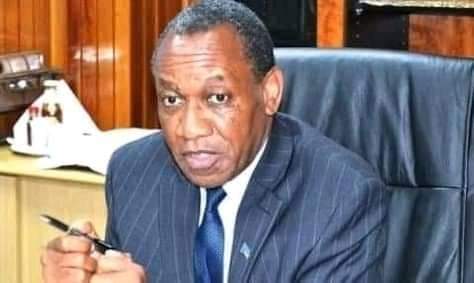 Dr. Mpinganjira was found guilty by the High Court sitting in Blantyre of attempting to bribe the judges sitting as a Constitutional Court in the Election case of May 2019, his bail was revoked, and was sent on remand to Chichiri Prison waiting to be sentenced.

In his mitigation, Defence lawyer, Tamando Chokhotho prayed for a custodial sentence considering Mpinganjira’s health status, he suffered from Covid-19 and he needs frequent medical attention and other social corporate responsibility he is doing on charity.

State lead Prosecutor, Reyneck Matemba said the offence committed by Dr Mpinganjira warrant to 12 years in prison praying for the court to give such a sentence to send a message to other would-be offenders in the future thinking of defeating justice with money saying if Mpinganjira succeeded in bribing the judges, there could have been bloodshed in Malawi.

“The convict wanted to defeat justice because of money and this should remind the powerful, wealthier and prominent people that their power should not be used to overpower the law,” said Matemba.

Muvi wa Chilungamo pressure group said FDH Bank captured all State Bank accounts in Malawi, calling for the need to probe Dr Thomson Mpinganjira and Dr Jane Ansah on how she handled the May 2019 elections and for the fraudulence activities they have been doing as well as questioning them under whose interest they were doing that to put Malawi on fire.

Commander in Chief of the pressure group, Bantu Saunders Jumah, appealed to the courts and judges to give a sound bell to Zameer Karim and Jane Ansah to teach them that the laws of Malawi will not smile with people planting seeds of destruction saying Justice Jane Ansah played a great role in keeping the corrupt DPP led government continue corrupting government coffers.

Jumah asked the court and judges not to listen to Mpinganjira’s mitigation for a suspended sentence being the first offender but to be reminded on how many people died in a quest for electoral justice in court, inured and property destroyed for the bell to sound clear that whoever wants to do the same in 2025, 2030 and 2035 elections get in advance a lesson from the mistake.

“While the courts and judges are considering of Mpinganjira’s sentence, let them be reminded that there are people who stole maize cobs, chickens etc, they are languishing in prisons because they don’t have money to buy justice, these people and all Malawians should not be provoked by a lenient punishment to Mpinganjira,” said Jumah.

He said the conviction of Dr. Thomson Mpinganjira is a point of departure from undemocratic tendencies where money can outplay the law, thanking the Malawi Judiciary for setting a good example that money cannot defeat justice in court.