by Bright Malenga
in Education
Reading Time: 2 mins read
A A
0
0
SHARES
70
VIEWS
Share on FacebookShare on TwitterShare on Whatsapp 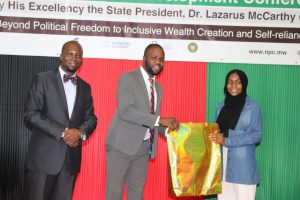 University graduates in Mangochi district through their organisation called Mobile Youth Network (MOYONE) have embarked in various initiatives aimed at...