by Bright Malenga
in Featured, Religion
Reading Time: 2 mins read
A A
1
0
SHARES
86
VIEWS
Share on FacebookShare on TwitterShare on Whatsapp

A dream is actualized when a dreamer has set realistic goals. When a dreamer has no realistic goals, a dream can neither be fruitful nor beneficial to the society. Dreams are achieved collectively or individually. Arguably, dreams that are achieved collectively last long than those achieved individually.Vince Lombardi once said,” Individual commitment to a group effort – that is what makes a team work, a company work, a society work, a civilization work.”

In 2020 , some Muslims in Malawi had a vision of forming an organization called Muslim Youth Foundation (MYF). It was a dream that started with AbdulRashid Asima who is a Malawian based in Cape Town, South Africa. It was a dream that attracted a number of visionary youths in Malawi. Asima shared his vision. The vision was impressive that later attracted a number of Muslim youth in the country .

Abdulrashid Asima tells Malawi Muslims Official Website that,” My vision to come up with MYF is to reach out to the remote people and give them hope through various charitable works.

Asima says the vision couldn’t be achieved individually. Knute Kenneth Rockne who was a Norwegian-American football player and coach at the University of Notre Dame said “The secret is to work less as individuals and more as a team. As a coach, I play not my eleven best, but my best eleven.” The MYF Founder says “I asked my fellow Muslim youths to join me when I have a function especially during the first Qurban Distribution Initiative in 2020 and later they completely became members of MYF.”

MYF has been in existence for one year only but the youths have achieved a lot already. Abdulrashid Asima says the organization has 15 active Muslim youth. 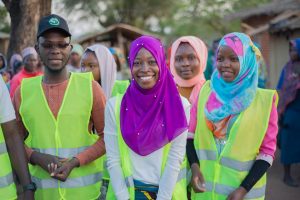 Asima says, “We have progressed in various ways in our first year of operation. We have renovated two mosques so far, one in Amidu village, Traditional Authority M’bwatalika in the outskirt of Lilongwe District and another one in Thava in Thyolo District. Another achievements are rolling out Ramadhan Feeding Scheme, Qurban Distribution Initiative and registering the organization with the Office of Registrars General.”

“We have projects in the education sector and poverty reduction through implementation of sustainable projects such as farming and small scale business projects,” The Founder of MYF says.

Asima says MYF is targeting central Malawi but the organization can reach anywhere across the country when the need arise.

He adds, “We are focusing on Central Region and Northern Region in the future. But we are ready to reach the Muslims in need as we have done by renovating a Mosque in Southern Region, Thyolo District.”

Asima says well-wishers within Malawi and abroad are the ones bankrolling all the projects of Muslim Youth Foundation.

“I speak to people about what we need to do. I make posts on social media. I make announcements in the mosques and other business places asking people to fund MYF projects. These people (funders) decided to remain anonymous but they are doing a great job. May God reward them abundantly for their huge contribution towards the success of Muslim Youth Foundation,” he tells Malawi Muslims Official Website.

Muslim Youth Foundation has university students and graduates who are working in various sectors such as health, education, media and finance among others.