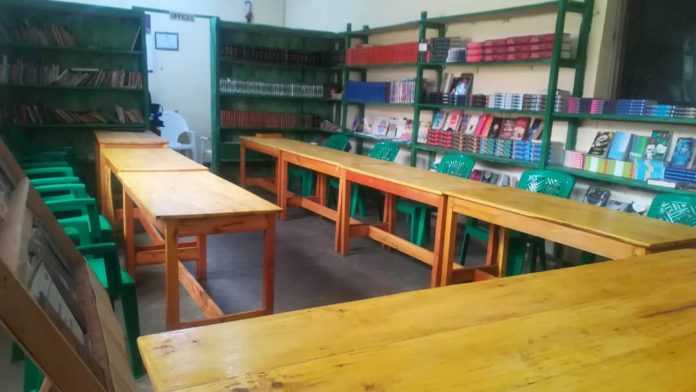 Muslim Youth Society (MYS) has officially launched a magnificent community library on 31st July 2021 that is expected to equip Malawians with beneficial knowledge in Mzuzu city.

Speaking in an interview with Malawi Muslims Official Website, MYS National Public Relations Officer Allie Ahmad Dickson says lack of religious and Malawi syllabus based (primary, secondary school, and tertiary) literature around Mzuzu city libraries is what made the organization come up with the community library initiative.

“The library is located within the old Skyway University premise near St John Of God. It comprises academic books of all levels, religious books of all denominations, motivation and self-development books, entrepreneurial, fiction and general books,” Dickson tells Malawi Muslims Official Website.

He says the library is expected to create access to academic and authentic religious information to the students, communities, graduates, and the general public, equip the citizens with up-to-date information and literature that is helpful for their day-to-day life.

Dickson says the library is also expected to prepare and instill in the children, students, and adults the habit of reading, provide a convenient meeting point for various educational, religious, social, and developmental activities and functions, and provide a better place where communities could spend their time with maximum benefits.

The MYS National Public Relations Officer adds, “As for the Muslims, the library will help them access the Islamic literature since the entire northern region does not have an Islamic library since the departure of Islamic Information Bureau (IIB) in 2016. The coming of MYS library in the northern region bridges this gap.”

Dickson says members and well-wishers contributed 755, 000 Malawi Kwacha for the library to start operating. He says MYS soon will also launch the Early Childhood Care and Education (ECCE) Centre at the same place.

“Should we manage to source the 5 Million Kwacha, which In Sha Allah we believe we will, we plan to put the ECCE on the same place where we have a secondary school and computer training centre ,” Dickson tells Malawi Muslims Official Website.

Other than educational projects, Dickson says MYS has many upcoming projects to do with health and nutrition, community empowerment through entrepreneurship, ICT, Agribusiness, Infrastructure, participation and leadership, and environmental conservation.

During the launch, the Guest of Honor was the Senior Assistant Commissioner of Immigration Mr. Richard Chidwala. Mr. Chidwala commended MYS for the initiative saying many people in Mzuzu especially youth will utilize the library to advance spiritually and academically.