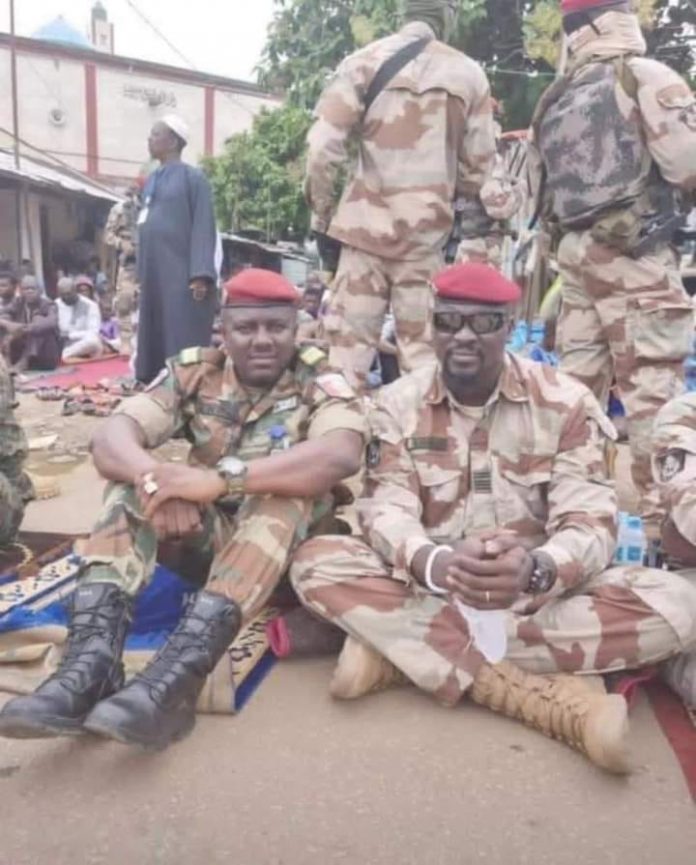 Muslims in the world including those from Malawi have commended the humbleness of the Guinean new president Colonel Mamadi Doumbouya.

Doumbouya shocked Muslims in the world at the Boulbinet Mosque in Conakry during the last Friday prayers by refusing to seat at the front row that was reserved for him and his entourage.

According to the media reports, the leader sat outside to pray as the mosque was already full when he got there.

“Before the Colonel arrived with his entourage, the Boulbinet mosque elders had done, as usual, reserving the first three rows “saffat” for the president and his entourage. To everyone’s surprise, he arrived and stood outside. As the imam, “Sallis”, praise-singers and elders were urging him to get in and sit at the front next to the “miraab”,” says media reports.

The president reminded the mosque elders and those present that there should be no distinction in the house of worship and that everyone should be equal in the mosque.

Mamady Doumbouya is a Guinean military officer serving as the interim president of Guinea since 1 October 2021. Doumbouya led a coup d’état on 5 September 2021 that overthrew the previous president, Alpha Condé. He is a member of the Guinean Special Forces Group and a former French legionnaire