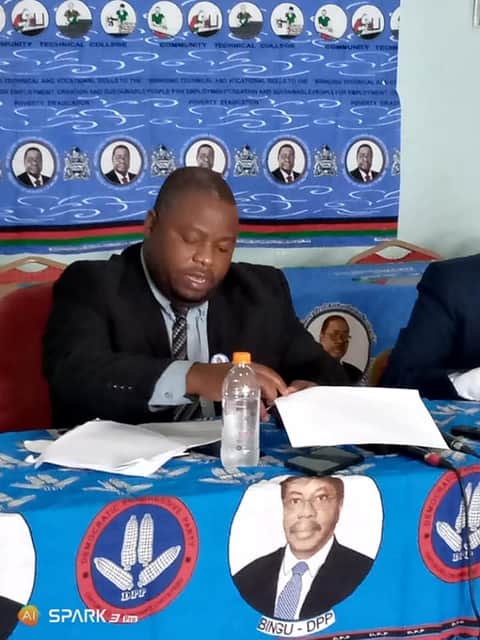 But addressing the Journalists in Lilongwe, Nankhumwa who is also the Vice President for DPP in Southern region said the president lied to the nation.

“As Leader of Opposition, I wish to disagree with President Chakwera on his claims of theft and abuse of public resources allegedly by the previous Democratic Progressive Party (DPP) government,”

“Listening to the said address, I got the impression that he may not be well conversant with the financial operations of government. The President clearly deceived the nation that the DPP government misappropriated and mismanaged a total sum in excess of MK1 trillion. President Chakwera must be informed that if an economy, as small as ours, was robbed of that sum of money, his administration would not have found any penny in the government coffers,” he says.

According to Nankhumwa, Chakwera based his allegations on the ‘Report of the Auditor General on the Government of the Republic of Malawi for the Year Ended 30th June, 2019.’

According to Nankhumwa, from the foregoing, it is clear that there is no mention of DPP stealing money anywhere.

“What is clear from the President’s address is a desperate attempt to mislead the nation on matters of management of the economy, obviously taking advantage of people’s ignorance on the same,”

“Indeed, one wonders how a delay in paying a contractor and under collection of revenue could become theft,” he says.

Nankhumwa says he suspects that President Chakwera have made such serious and unsubstantiated allegations to continue arresting DPP officials and divert the minds of Malawians on what Tonse Alliance was promising Malawians among others.