A record of 65 Muslim Olympians won medals at London 2012, led by Somali-born Mo Farah, the first Briton to win Gold in the 10,000m, while earning his place in history by also winning the 5,000m crown. The total number is up from 44 Muslim medallists at the last Olympics in Beijing in 2004, exclusive reports Friday issue of The Muslim News newspaper.

The Olympics are an opportunity to celebrate similarities and friendships as well as diversity. According to figures exclusively researched by The Muslim News, Muslim women also won a record of 18 medals, more than double the number (eight) in Beijing four years ago. Around 400 female Muslim athletes from Muslim countries participated in the Games. Benin is the only Muslim country which failed to send a single female athlete.

Algerian born Mahiedine Mekhissi-Benabbad is Frances only track medallist; he won silver in the Men’s 30000 steeplechase

Despite being held during the fasting month of Ramadan, a total of more than 1,200 Muslim athletes from Muslim countries took part in the London 2012 Olympics. Out of a total of 65 Muslim medallists, Russia provided 13 Muslim medallists, the highest of any country including the 8 Muslim female medallists also the highest number. Russian female gymnast Alias Mustafina was the most decorated Muslim Olympian with four medals.

The Middle East took home 24 medals, with Iran topping the rankings for the region and coming in 17 with a total of 12 medals, their best haul ever, including 4 gold; 5 silver and 3 bronze. Iranian wrestler Sadegh Goudarz, was responsible for one of the most heart warming moments of the games, when after losing to American Jordan Burroughs in the gold medal contest, the two men embraced on the podium despite all the political troubles between the two countries.
.
The Turkish team had 50 female athletes, the highest number of any Muslim country and in the case of Kazakhstani and Turkish women won more medals than their male counterparts! The presence of so many Muslim female athletes at the games, many of them choosing to compete in the hijab, was soured slightly by FIFA’s rejection of the Iranian football team, who were penalised last year for wearing headscarves in a qualifying game. 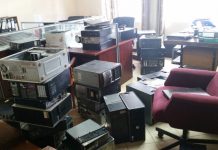