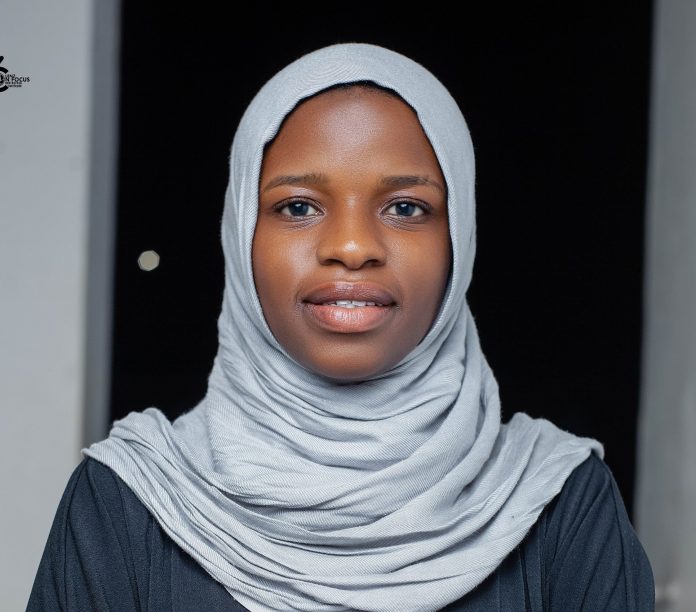 “As I receive this award, I am reminded of several essential things: Do whatever it takes to give it your best, it might not work out this moment but things have a way of working out when we least expect them. And above all, have hope that even though sometimes we don’t have it, we will get it and work towards that. Lastly, be patient and trust the process, Rome was never built in a day,” Misyaje says.

The young entrepreneur who is in her fourth year at the University of Malawi says in the first, she didn’t believe after receiving an email from USADF.

“My first thought was that perhaps this was a scam, I mean, after three good months of not getting any feedback I had totally forgotten about ever being part of the competition. But there it was! Positive feedback. I screamed my lungs out with the excitement the news brought. Mother asked what the issue was as she heard me scream and I was all bubbly when I told her that I was among the chosen few who had reached the finals of the business plan competition I had almost forgotten about, I could tell the excitement from her face too,” she says.

Misyaje says in September- October last year, she applied and was selected to participate in the Academy for Women Entrepreneurs (AWE) Programme which was designed to help participants grow and scale up as entrepreneurs.

“At the time of making the application, I did not have any business registered to my name in fact I was just coming from a failed partnership, I exited in October, later on, to start something of my own the following year in January. Nevertheless, I was excited to be part of this amazing program. In November, the online courses began. We were using this online platform called “Dreambuilder” and it was fantastic.

“The content was easy to follow and above all, there was something quite specific I liked about it, within the series of courses a number of women entrepreneurs were sharing their experiences regarding their entrepreneurship journey and I was fascinated by their stories. Hearing how they all started from nothing and ended up making big names for them and their businesses really inspired me,” She says.

According to Misyaje, the online learning continued till December when she got a call from Vanessa Nsona, one of the coordinators who was assigned to those from the Southern region.

“She had tried contacting me days before but I think my number was unreachable for most of the days she called, and since I wasn’t available on Whatsapp either the only option was a phone call. Call it luck, but on that Saturday afternoon, her call came through and I was out in the fields helping out my parents plant sweet potato vines. She was an inquiry on how far I had gone with my courses on Dreambuilder and I had told her that I was only remaining with a few courses because I tried so much to do it in time,” Misyaje.

Misyaje adds,” She went on telling me that there was a Grant application that I can only qualify for if I finish the courses and submit the certificate as proof of completion and only then she would share the application form, however the due date for submission was the following Monday. Yes, I had just two days to take a shot, it scared me but I quickly responded that I would finish the remaining courses so that she sends me the application, ”

“Lucky enough the work at the fields was done and we were only waiting for Dad to take us home. Our fields are far from where we stay, driving takes about 50 minutes. I took off on foot because he was going to take longer to get us home, although we had finished the day’s work he was still doing other things. After an hour and thirty minutes, I was home and I hurriedly took my laptop to finish up what was remaining. By 6:00 Pm, I had finished and submitted my Certificate to Vanessa and later she responded to the mail with the attachments for the application I was to make.”

Misyaje says she began responding to the application the following day since she was coming from the field and was tired.

“Sunday morning was when I started writing the application. I Worked on it the whole day and submitted it on Monday when I was convinced that that was it. I never got acknowledgment of receipt of my application but I felt relief seeing that my mail was indeed sent. Just as I said before, I didn’t have a business to my name, and being an environmental conservation advocate I thought it best to start my own business, one that would be in line with my passion: Waste Management,”

“I was back in business in January and I made sure that I got my business registered with the Registrar General’s Office, registered it with the Malawi Revenue Authority, and got other certificates from certifying bodies regarding the nature of my business. Little did I did not know that one day, these small things would get me somewhere,” she says.

Misyaje adds,” Time flew and the program was coming to an end with an exciting ending as well. There was to be a pitch competition and we were set to compete for $2K using a pitch deck and a pitch video explaining one’s business. Out of the Sixty, something participants only about Forty-something had submitted their pitch decks. To say the truth I gave it my best, to win, but Allah knew best and I was never among the winners. I was heartbroken. I remember that day when my sister, Haneefa, and I were watching the virtual graduation ceremony, hoping we’d hear my name but nada, my name was missing. Sad, I accepted my ordeal and moved on.”

The youthful entrepreneur says the email in April was the start of yet another whole lot of work and a few weeks later she was introduced to the Umodzi Consulting team and USADF Correspondents in Malawi.

“Umodzi Consulting was to help in my project development, and I worked for hand in hand with Vincent Kumilonde who was very helpful. One moment I enjoyed about the tedious process was when those business documents I had made, were then needed. I am talking about the certificates I had no idea would be key to securing funds and all I could do was smile and send what they were asking for. Project development took a whole month and by May I’d submitted whatever forms I was asked to fill and submit,” she says.

She adds, “June went by, no news on the status of the application, July, August. By then some of the “finalists” [key word: finalists] from other countries had started writing emails enquiring about the status of the applications and when funds will be disbursed to the winners. We were assured that we would get feedback about it in the next coming weeks and that was it,”

“A few weeks later, I got a call from Ruth Mkandawire, one of USADF correspondents informing me that my application was a success and I was to attend an Award Signing Ceremony in Lilongwe. All I could say was Alhamdulillah. It dawned on me how a few months ago my heart broke over $2K, which I thought I deserved. The irony about it all this time around being that I had won five times what I lost. Five times.”