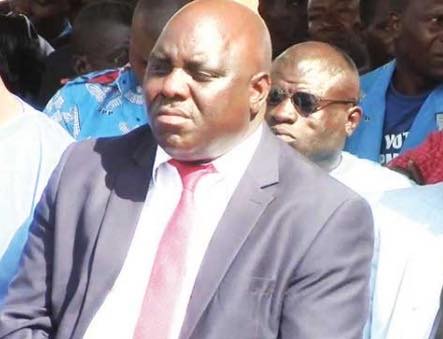 Legal Practitioners of Member of Parliament (MP) for Nkhatabay Central Constituency Symon Vuwa Kaunda, Mbulo Attorneys, are demanding from Malawi Electoral Commission (MEC) the sum of MK600 Million to be paid within 14 days and failure to honor the compensation they will be left with no any other option but to commence legal proceedings against it in the High Court of Malawi.

The Lawyers say after considering all the necessary facts and the relevant laws , they find that MEC is reliable for the suffering that their client had undergone due to its recklessness in the discharge of its duties.

They say their client, Vuwa Kaunda, was declared the winner as an elected Member of Parliament for Nkhatabay Central Constituency after amassing 6,415 votes against 6,407 votes for Raphael Joseph Mhone, another candidate who came second.

In the letter to MEC dated 3rd August, 2021, the Lawyers say Ralph Mhone petitioned the High Court of Malawi, Mzuzu Registry praying for nullification of the results on the basis of irregularities committed by MEC in the way it conducted the elections in Nkhatabay Central Constituency.

The letter says after the trial, the High Court of Malawi dismissed the petition for nullification of the results on the ground that there was insufficient evidence, however, High Court found that MEC failed to comply with sections 89, 93 and 95 of the Parliamentary and Presidential Act of the laws of Malawi.

It says Ralph Mhone after being dissatisfied with the decision of the High Court, Mzuzu Registry, lodged an appeal to the Malawi Supreme Court of Appeal saying on 21st April, 2021, the Supreme Court of Appeal nullified Vuwa Kaunda’s victory on the basis that MEC failed to comply not only with sections 89, 93, and 95 of the Parliamentary and Presidential Elections Act but also section 94 of the same Act.

In its ruling, the Malawi Supreme Court of Appeal faulted MEC for failure to bring original documents that were in its custody before the court in order to support its position that their client emerged victorious in the May, 2019 Tripartite elections.

“It should also be brought to your attention that our client had to seek the intervention of the African Court on Human and People’s Rights in Arusha in Tanzania just to defend his victory as a Member of Parliament for Nkhatabay Central Constituency,”reads the letter in part.

The lawyers say on 30th June, 2021, Mec conducted the fresh elections in Nkhatabay Central Constituency and their client, Symon Vuwa Kaunda emerged victorious again, now winning with a greater margin of over 250 votes silencing all the critics including Raphael Joseph Mhone.

They say the second sounding victory by their client has not come on a silver platter as their client has suffered psychologically, physically, and economically in order to vindicate himself that he won the elections in the year 2019 free and square, saying all this suffering came as a result of the negligence and recklessness of the Malawi Electoral Commission [Mec].