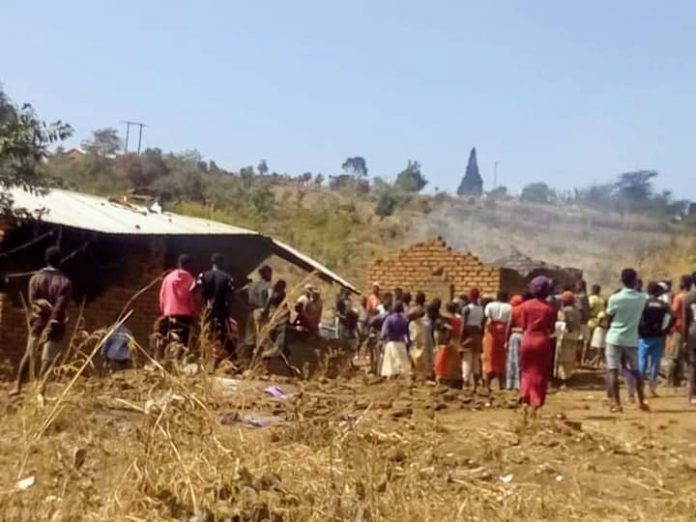 Police in Dowa have launched investigations to arrest the suspects and recover stolen items following pandemonium that broke out in Dowa district when angry villagers set ablaze houses and killing livestock for individuals suspecting of practicing witchcraft.

Confirming the development, Dowa police station Publicist, Sub. Inspector, Gladson M’bumpha said property worth millions of Kwachas have been damaged, houses demolished and set ablaze, and some properties like iron sheets and other households have been stolen.

It is reported that the victim and two others; Kiliyoni Kamuikeni and Velentina Chunga both of the same village, M’buta, were doing morning chore works and as the victim was about to wash clothes, it’s when he heard the angry villagers of Misi coming while chanting anti- songs with warnings.

No sooner did it long, demonstrations started at the house with some others pelting stones, demolition of houses began with others setting ablaze and killing their livestock.

According to the villagers, they claim that Elluby Kamuikeni bewitched a boy from Misi village, Mabvuto who died in 2017 saying the matter was reported to police who arrested the suspects.

The villagers are claiming that the suspects have spent one year in prison for the same offence and when they were released, they relocated themselves at M’buta village and this did not please the family of the late, Mabvuto, who alongside other concerned villagers went to M’buta village to carry out the revenge.