President Dr Lazarus Chakwera yesterday fired Minister of Labour Ken Kandodo from his cabinet after his name was implicated in an investigative audit report on the plunder of Covid-19 funds.

Speaking in a televised national address from Mtunthama state residence in the capital Lilongwe on Sunday, president Chakwera said his leadership refuses to have “traitors” in cabinet hence the firing of the Minister of Labour.

“As for the Minister of Labour who has been named by the audit report as having spent covid fund amounting to K613 thousand on his allowances for a foreign trip, I have dropped him from my cabinet,” Said Chakwera.

Chakwera then tasked the vice president to inspect all the construction project which are currently underway.

“As a case in point, the infrastructure projects that my Administration is constructing across the country including the roads and bridges in the North that the vice president has been tasked to inspect until I appoint a Minister of public works will also be subject to audits to catch those who use such projects as a chance to steal”. 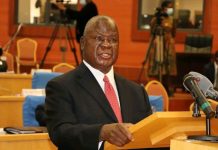 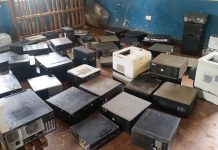