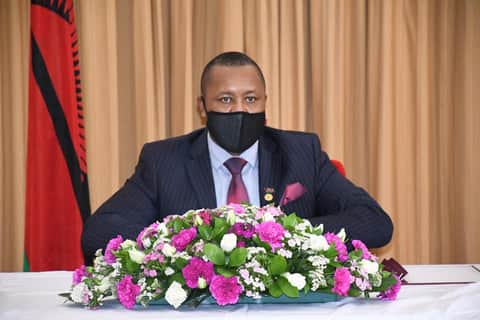 Vice president Dr Saulos Chilima has challenged the Heads of Parastatals and Local Councils to be drivers and should lead by examples on Public Sector Reforms.

Chilima made the remarks yesterday after meeting the Heads of Parastatals and Local Councils in his capacity as Minister responsible for Economic Planning and Public Sector Reforms in Mzuzu.

“This morning (yesterday) I engaged with Heads of Parastatals and Local Councils based in the Northern Region to appreciate the impact of public sector reforms as well as to provide direction on new reform areas which the institutions will embark on aimed at making their organisations efficient and effective to serve Malawians better, “he said.

He added to say ,”After a three hour consultative session, we have agreed that each institution will now submit a roadmap outlining what they want to pursue as new reforms, or any innovation that they intend to introduce to make their organizations competitive, as well as challenges that they face. The document will be submitted by next week Wednesday, August 26, 2020”,

“Once this is done, we will be engaging the institutions individually to take stock of the gains to ensure that we improve on service delivery to benefit Malawians,” Chilima wrote on his Facebook page.

He further added to say,” During the engagement, I also appealed to the heads of these institutions to put shoulders to the wheel and serve Malawians effectively and efficiently. I challenged them that the next generation will hold us to account if we fail to rebuild this country despite all the natural resources that we have as a country.”

“I challenged them that as Heads of Parastatals and Local Councils, they are the reform drivers and must lead by example. Reforms must be embraced from the top so that their organizations are inspired and motivated. We must reform because we must. The discussion on reforms, alongside mind-set change, must be a national conversational currency”.

“I also reminded everyone that as His Excellency Dr. Lazarus Chakwera, President of the Republic, is compelling us, this is the time to work hard, work hard and work smart. I also advised everyone not to live in the past because doing so will be treading on dangerous ground”, says chilima

HE further brought to their attention that in some organizations, the problem is the people leading such institutions.

“Much as we are here to create jobs but we will not be afraid to replace non-perfomers so that the country should move forward with competent people in the right positions,” he says.

“Tomorrow (today) I am engaging the Private Sector as well as Small and Medium-sized Enterprises SMEs based in the northern region to discuss and seek their views on what role they can play in implementing the Reforms agenda”. Says the vice President.

Recently on reforms, the vice President has managed to meet heads of parastatals, private sectors and SMEs based on the central and in the southern region of the country.