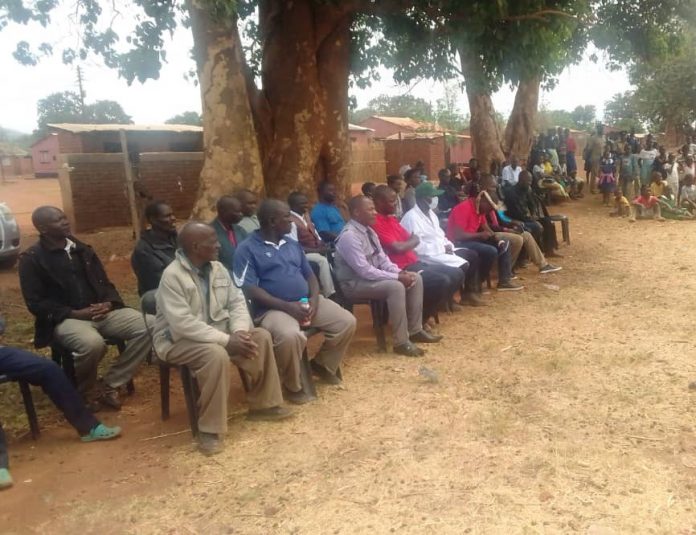 Women and girls that organized a solidarity march against defilement and rape at Mponela trading centre in Dowa district,are demanding Government to give them powers to arrest the perpetrators by themselves to end the malpractice which has reached at an alarming stage in the district.

The women and girls say they are concerned with the way some police officers are handling such cases when reported for action, claiming that some of the cases do not even go to court and the suspects are released to the dismay of those who reported to police.

They say they have suffered for long and time has now come for them to take the law into their own hands by arresting the perpetrators and giving them punishments by themselves as a lesson to the would –be offenders in the district.

Gender Based Violence is common in Dowa district, a day cannot pass without hearing that one has defiled a young girl, women raped, committing suicides and witchcraft accusations, a development which is of great concern to all, that the district is associated with the bad news.

One of the organizations that took part in the solidarity march against defilement, OBOL [Women Crossing the Line] Dowa District Chairperson, Mrs. Florence Chiotcha, said issues of GBV particularly that of defilement and rape cannot end in the district and the country as a whole if the powers of arresting the perpetrators rests in the hands of police alone.

Mrs. Chiotcha said women and girls have lost trust and confidence with the police saying it is very painful to learn that a perpetrator who was arrested three to four days ago has been released without being charged for the offence committed, saying this malpractice is encouraging the perpetrators to do more harm than before.

She asked the courts to give life imprisonment sentences to the perpetrators, saying once doing that women and girls will clap hands that justice is now on their part, they will feel safe and secure in the society they are living.

“It’s very sad to see one convicted for three, five and seven years, we are not happy for these punishments, let them be jailed for life, we do not want to see them anymore,” says Mrs. Chiotcha.

In her remarks, Dowa District Council’s Gender Development Officer, Zuwere – Rossi, expressed a concern that defilement and rape cases are on the increase in the district beside organizations working around the clock to civic educate the public on the issue.

Rossi called on all organizations implementing girl child education and GBV interventions in the district to work together in encouraging the communities to report such issues to them for actions even committed by village chiefs or their Indunas.

Meanwhile, a -33 year old man, Mabvuto Pofera, who from August this year has been on remand at Maula prison for defiling a -14 year old girl at Mkukula village in the area of Inkosi Mkukula in Dowa district was on 11th November, 2020, walked to freedom and is issuing threats at the people who reported him to police for his arrests.