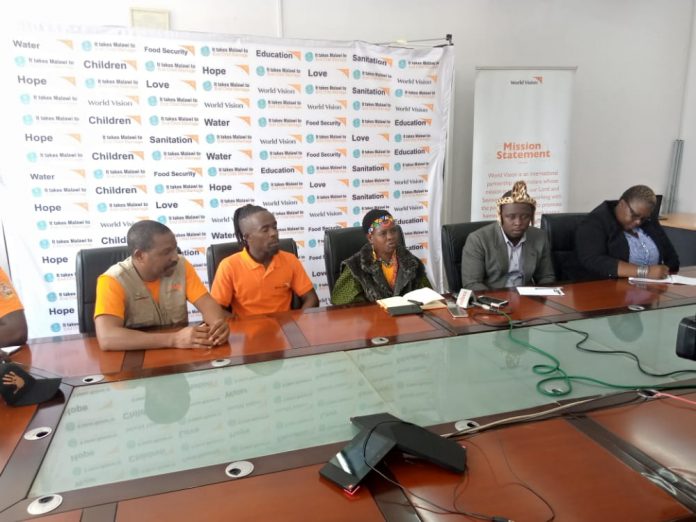 World vision has said the country could be loosing an estimated amount of over 167 Million US Dollars every year because of gender based violence.

The remarks have been made by World Vision Acting Country Director, Charles Chimombo during a press briefing that was held in Lilongwe after a big walk they organized marking the end of 16 days of actvism.

He added that there is need to work together to completely end violence against women in the country.

In his remarks, World vision ambassador, Inkosi yamakosi gomani, said as leaders, they make sure traditional leaders who are found to be perpetrators of violence are dethroned from their position and they will continue doing that.

He added that there should be tough penalty for the perpetrators of rape and violence even life imprisonment so that people can be afraid of committing such crimes.

“I urge people in the country to make sure they report any rape or violence case so that the vice should be dealt with completely, ” he said.

According to Senior Chief Kachindamoto who is also world vision ambassador, they are disappointed with the corruption that happens in police where they release rape suspects because of money which causes villagers to do mob justice.

“I urge police officers to refrain from Corruption in cases of rape and violence so that the perpetrators can be held accountable hence ending the vice, “Said Kachindamoto.

She also advised people in the country to end cultures that encourage gender based violence.

Commenting, Justice Zione Mtaba, said there is need to make sure there is access to justice in the country by making sure courts are close and that people are informed about the laws so that people should know the sentences they will get in whatever crime they commit.

An artist, Faith mussah who is also World vision ambassador, advised artists in the country to refrain from composing songs or drawings that glorify and encourage rape or violence against women and girls but rather make sure they compose songs that speak against the vice.

the 16 days of activism were being held with an aim of sensitizing people in the country about gender based violence so that they should report when it happens so that it can end in the country.