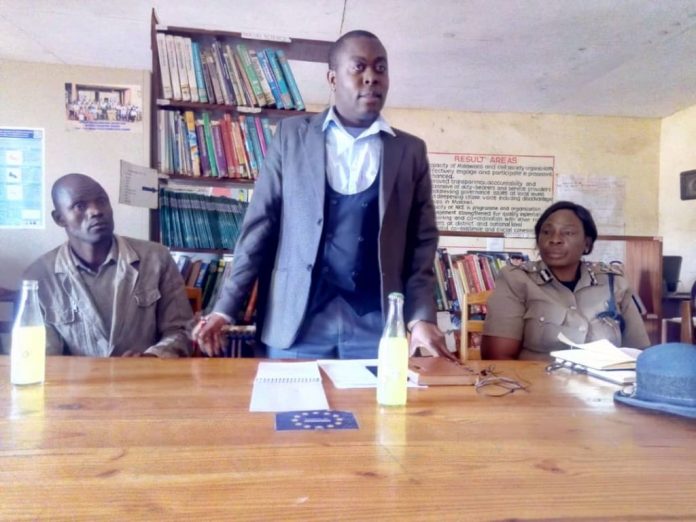 Political parties, chiefs, Religious leaders among others in Mponela, Dowa have agreed to end political violence ahead of the fresh presidential election.

Reacting to a violence that erupted at Mponela Trading Centre on May 30, 2020 where residents attempted to block the motorcade for the rulling Democratic Progressive Party (DPP) running mate Atopele Muluzi, NICE Trust office on Thursday June 4, 2020 organized a meeting at their Dowa office in Mponela.

According to the Regional Civic Education Officer responsible for the centre, Enock Chinkhuntha said the meeting was aimed at building peace during the fresh presidential election campaign and voting period.

In his remarks Chinkhuntha retaliated against the escalating political violence that occurred in the area as a serious retard to the Malawi democracy and a hindrance to the national development.

“We cannot have a free, fair and credible elections with the presence of violence during campaign.” He said.

Speaking on behalf of political parties, Member of Parliament for Dowa Central Hon. Darlington Harawa said that political violence has the potential of creating tense and denting the image of Mponela.

“Let me in strongest terms condemn regionalism, tribalism and any religious differences that may likely inject violence in the long-run mainly this time as political parties are hunting for followers” He said.

Harawa further urged all stakeholders including NICE Trust to be pro-active instead of reacting to incidences as the case is.

Traditional Authority Mponela who graced the occasion preached about tolerance and peace. He advised his lower chiefs to create a level ground for all political parties in area.

He further urged them to warn their respective residents against inciting violence as it is an offence.

The police through the Officer In-charge for Mponela Police Station Mrs. Emmie Soko pleaded for order and ensure that the rule of law is upheld in everything.