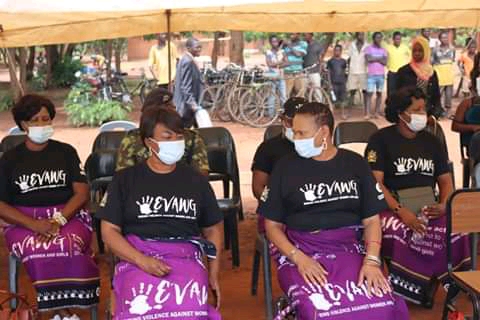 The Parliamentary Women Caucus on Wednesday 16 December, 2020 was in Lilongwe Mapuyu North Constituency where the Committee was first holding an awareness campaign against the rising cases of gender based violence and sexual abuse.

Speaking during the event, Speaker of the Malawi National Assembly, Right Honourable Catherine Gotani Hara, MP, said despite increasing cases of sexual abuse among girls and women, there is still progress as more and more people are coming in the open to report the cases.

“Much as it appears like a negative thing, but the fact that people are able to report as many cases as we are getting now, it means there is awareness. We want people to be reporting, we want people to tell us where the perpetrators are and we came here today to encourage women and girls to come in public when they face such abuse because we noted that many of these women and girls they hide it when they have been abused so we want to remove that spirit, we want them to come forward when they have been abused whether it the husband of a woman the woman need to report him if he has done something bad”,said Hara.

The event was held at Ming’ongo School Ground in Traditional Authority Kalolo, in Lilongwe.

The cases of Gender based violence which include rape and defilement are on high in Malawi and many organization including the government have acted in different ways to make sure the malpractice come to an end.