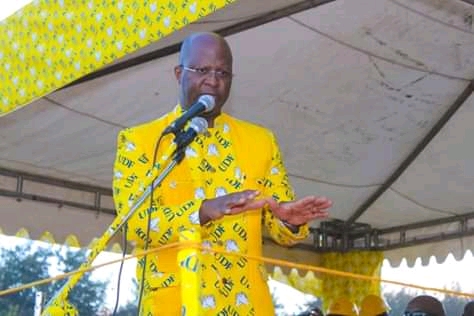 United Democratic Front (UDF) party has refuted claims linking its President Atupele Muluzi in dubious selling of Livimbo Primary School in Lilongwe when he was heading the lands ministry in 2017.

Current Minister of Lands ,Vuwa Kaunda told a local radio station that Muluzi spearheaded the deal during his time in office.

A statement issued by UDF and signed by its Publicity Secretary, Ken Ndanga, has distanced Muluzi from the deal.

According to a statement, Malawians are aware of the commitment of the UDF to making primary school education accessible by all in the country and such allegations lack ground.

UDF has in the statement advised Minister Kaunda to produce evidences to support his claims.

“As partly we know not of any evidence to substantiate these allegations other than a simple radio interview. We believe that such a transaction ought to have documents which must be in the custody of both the Ministry and the so called buyer,”

“Secondly Parliament through the relevant committee is investigating the matter and will definetly find out the truth. As a party we are waiting for the findings of the Parliament so that we can as well benefit from the information,” reads a statement.

“As of now any assertion which attempts to implicate the president of UDF is utterly alignment of imagination on the part of those peddling such lies. As of today thereis no probe on the UDF president inolvement in the matter by any organisation including the Anti-Corruption Bureau (ACB)”

“This allegations in our observation are calculated propaganda to dent the good image of the UDF president for political expediency,” reads a statement.

According to UDF, It is unfortunate that some quarters have also joined the fray without questioning the credibility of the allegations.

Currently, Muluzi is in China and expected to return next month.