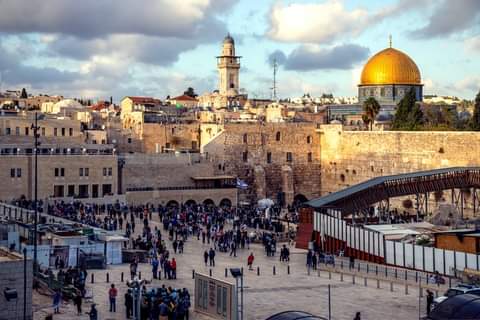 Minister of Foreign Affairs Eisenhower Mkaka told private-owned Zodiak Broadcasting Station that Malawi is a sovereign state hence establishing an embassy in Jerusalem to benefit Malawians despite the local and international community’s backlash on the matter.

Mkaka defended the Government’s decision that the embassy will not be in the West Bank. The Minister says, however, Government continues to hear views of people (local and international) on the matter.

Malawi has had diplomatic ties with the Jewish state since 1964 but without opening an embassy. Breaking with longstanding diplomatic practice, Former US President Donald Trump in December 2017 recognized Jerusalem as Israel’s capital and moved the US embassy to the city in May 2018.

Israel considers the holy city its eternal capital, but Palestinians want East Jerusalem, seized in a 1967 Middle East war, as part of a future state.

In 2020, the Muslim Association of Malawi (MAM) advised the Chakwera Administration to avoid opening Malawi Embassy in Jerusalem

MAM said Chakwera to review his decision of opening the Malawi Embassy in a conflict-prone holy city.

In a statement issued by MAM seen by Malawi Muslim Website, the move to open an Embassy in the city has more disadvantages than advantages to the country.

If the plan will be actualized, Malawi is to become the first African country to follow the US example and open an embassy to Israel in the disputed city of Jerusalem. Most Embassies of countries in Israel are in Tel Aviv.