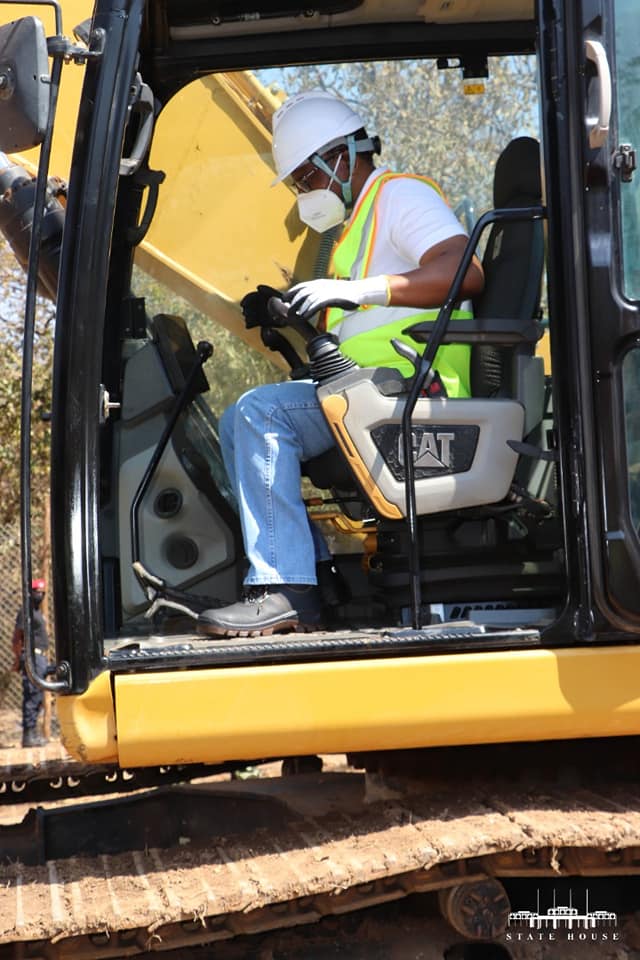 President Dr. Lazarus McCarthy Chakwera says the Kenyatta Drive expansion project to six lanes has marked the beginning of the Tonse Alliance Administration’s quest to lift the face of Lilongwe in a manner befitting the capital.

Dr. Chakwera said the construction equipment and a contractor ready to make this dream a reality for all to see, is clear evidence that ‘’Pa Ground Pakusintha’’ saying this project is a fulfillment of his promise to build a New Malawi through job
creation, wealth creation, and food security which would require investments in the infrastructure of this kind as an accelerator.

He said Government is not stopping with the road projects initiated by his Administration, saying even the roads started and left unfinished by the previous administration are being done and Government has already provided resources in the current budget for that purpose.

The President said Government will also commence the rehabilitation of the M1 road from Kamuzu International Airport (KIA) junction to Mzimba Turn–off and from Kacheche to Chiweta, with thanks to the support of Malawi’s development partners.

He said the neglect that Lilongwe roads have suffered under past administration is tragic as it has robbed Malawians of developments citing City rates that have allowed people to get away with not paying saying as nation’s Capital, Lilongwe deserves attention.
Dr. Chakwera asked Malawians to join him in making a very simple resolution, to end the neglect of the Capital City, make the Capital a clean City and a modern City, and Lilongwe be a beautiful garden City.

Meanwhile, social media commentator Onjezani Kenani has commended Chakwera’s call of building a new Malawi through road infrastructure developments. Onjezani Kenani says he is happy to see that President Chakwera’s government has embarked on a blitz of road construction projects saying this is the way to go.