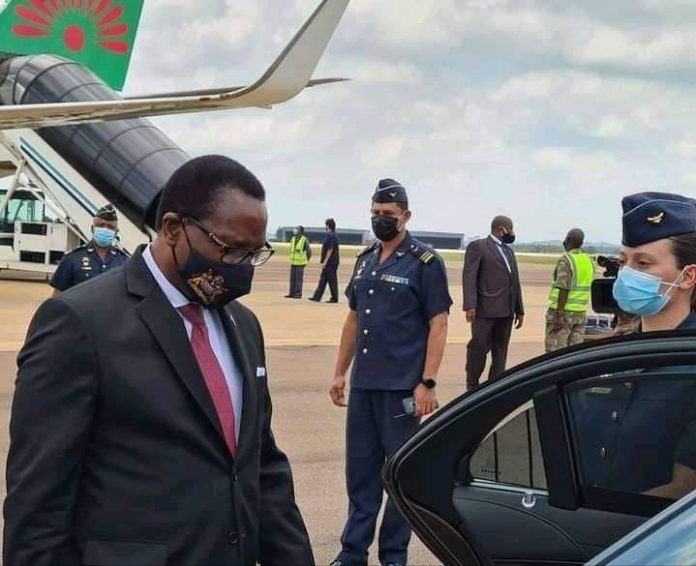 The Ministry of Foreign Affairs in Malawi says Government is aware and grateful that a public statement was recently issued by the South African government exculpating President Dr. Lazarus Chakwera from false allegations dominating the South African media that his presidential plane was used as a conduit for trafficking two Malawians wanted by South African authorities.

The Ministry says Government has noted with concern that the statement falls short of acknowledging that the treatment President Dr. Chakwera was subjected to upon his departure from South Africa was improper and incongruous to the warm hospitality he received upon his arrival in that country.

In its statement of informing the general public dated 16th November, 2020, the Ministry says President Dr. Chakwera’s plane was parked at Pretoria Waterkloof Military Airbase, a highly secure facility, under the guard by the South African police throughout the visit to that country.

The Ministry says at the time when the Malawi’s advance team was being barred from boarding the plane, their passports and luggage were thoroughly checked by uniformed police officers instead of South Africa’s Immigration officers saying the entire delegations luggage was loaded onto the flight by military personnel from the South African Defense Force.

It says at the scheduled time of departure from the Military Airbase, there were dozens of South African security personnel on the ground, who not only inspected the plane and its cargo, but also inspected every passenger on entry.

The statement says the Malawi delegation complied with all these security measures out of deference to the vague security concerns of the South African authorities, despite the fact that the manner in which they were conducted and the delay they caused breached diplomatic protocols commensurate with the dignity of President Dr. Chakwera’s office and person.

“At OR Tambo International Airport, the Malawi delegation was subjected to another security check before and after boarding the plane , without giving any specific security reasons, to date, those security reasons have not been communicated through formal channels,” reads part of the statement.

Chakwera was in South Africa on a two day state visit.