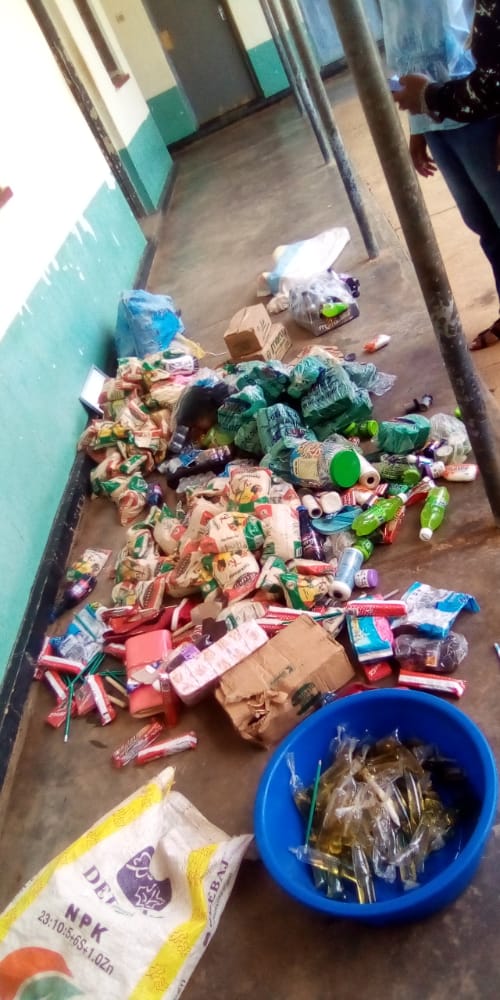 According to Kaponda, the two were arrested at Chinzimu village in the area of Traditional Authority Malengachanzi in Nkhotakota District.
“Upon there arrest, police were informed who swiftly rushed to pick the suspects and charged them with “Breaking into a building and committing a felony therein” case,” Kaponda says.

According to the shop owner Daniel Bodmas Phiri on Monday December 7, before knocking off at night left the shop intact.

However, the following morning on Tuesday December 8, was shocked to discover that the shop was forcely broken into and all the groceries were stolen.

Phiri before reporting to police told members of Mgombe CPF who after their investigations, in the afternoon, apprehended the suspects and recovered the stolen items.

Meanwhile Nkhotakota police has hailed the initiative taken by Mgombe CPF for hastily investigating the matter and achieving the positive results.

The police has further asked other CPFs to borrow a leaf from Mgombe CPF in order to have a crime free Nkhotakota.

The suspects are Gift Kambombo and a minor (name withheld) all hail from Chinzimu village in the area of Traditional Authority Malengachanzi in Nkhotakota district.