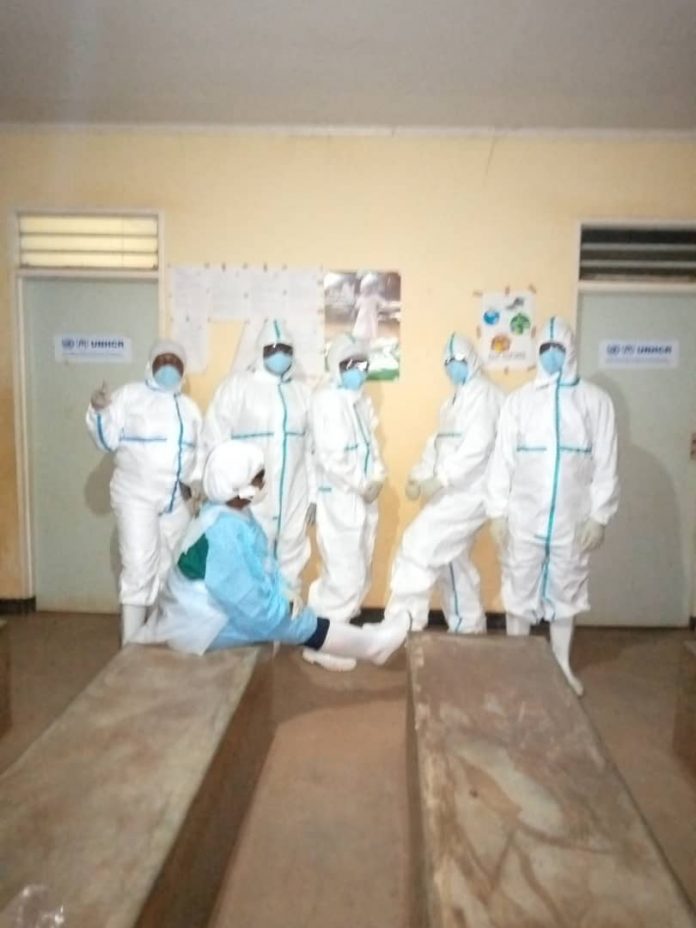 District Commissioner (DC) for Dowa district , Alex Mdooko, says he is disturbed with fake rumours that are going around in social media forums of a- 9 year old, Burundian girl confirmed to have tested COVID- 19 positive at Dzaleka camp in the district.

Mdooko condemned in strongest terms saying those who are behind fabricating this false news are not wishing the district well saying Dowa has not registered any COVID- 19 case beside hosting refugees and asylum seekers at Dzaleka camp.

He advised those that are in the fabrication of this fake news to stop forthwith saying refugees and asylum seekers are brothers and sisters and above all, citizens of the district.

Speaking during a Dowa District Public Health Emergency Management Committee ( PHEMC) meeting held at the boma, Mdooko advised those that are good at fabricating fake news to always verify with the council for correct information to the general public to avoid putting people under panicking situation.

“Rumours have to be verified for one to come up with a balanced story. Verification with the authorities will give the public the rightful information,” said Mdooko.

Mdooko asked all stakeholders in the district not to be in the forefront fabricating fake news that refugees are the ones suspected to be importing COVID- 19 cases in the county saying Coronavirus is a Global crisis affecting many countries of the world and Malawi is part of the Global village hence a possible victim.

Speaking in an interview, District Health Officer ( DHO) for Dowa, Dr. Peter Makoza, dismissed the news in circulation as fake, saying it is aimed at bringing fear, stigma and panic amongst the refugees and asylum seekers at Dzaleka camp, the hosts communities and the country as a whole.

Dr. Makoza said as soon as his office was a washed with the news, the District Rapid Response Team led by the District Medical Officer ( DMO), Dr. Kanjedza hurried to the Dzaleka camp in the company of the police, checking not on the said girl but another 20 year -old suspect who came from South Africa sometime back, his case was totally not COVID- 19 related.

He suspects the picture used in the news in circulation as from the Democratic Republic of Congo( DRC) during the time of Ebola outbreak.

“We have white isolated gowns and in the picture, yellow, this mean that the story is fake and it’s not for Dzaleka camp “, remarked Dr. Makoza.