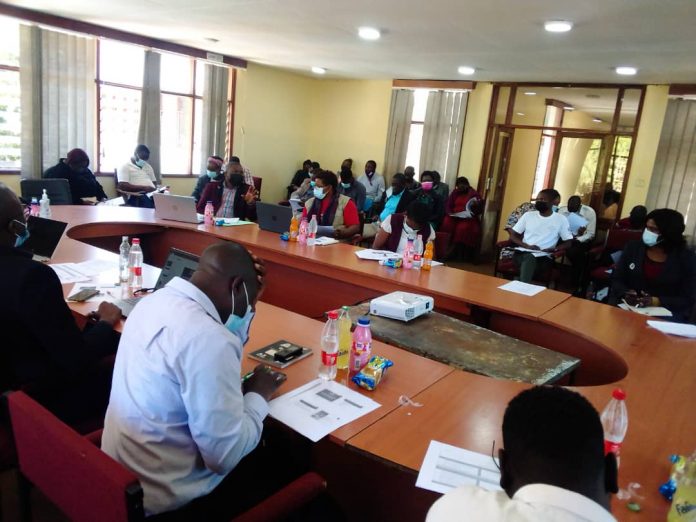 The Dowa District executive committee (Dec), has approved Enhancing Citizen Participation in Local Governance and Development Processes III (up scaling) project to be implemented in the district by the Malawi Human Rights Resource Centre (MHRRC) for 12 months in the two districts of Ntchisi and Dowa with a total budget of MK 99,250,712.00. Previously, Phase one and two of the project was being implemented in Dowa and Ntchisi districts where governance by-laws were formulated as part of the service charters.

Phase one and two implementation of the project was done with the support of Danish Church Aid (DCA) and in this new project, two donors DCA and Norwegian Church Aid (NCA) have join hands in supporting the project to cover all areas of the seven Traditional Authorities of the district.

Presenting the project to the Dowa District executive committee, MHRRC Lead Capacity Building Officer, Limbani Phiri, said the project will contribute to towards fighting in equality through enhanced pro-poor budgeting allocation and expenditure in the sectors of Health, Education and Social protection. Phiri said the project which will be implemented in the two districts, Ntchisi and Dowa will provide meaningful engagement of rights holders and duty bearers in social basic delivery and accountability for development resources in Education, Health and Social protection.

He said the project purpose is to provide meaningful engagement of rights-holders and duty bearers in social service delivery and accountability for development resources in Health, Education and Social protection in Ntchisi and Dowa District Councils.
“The MHRRC learnt key lessons from setting standards for public service delivery project such as gaps in expenditure, reporting, inadequate information sharing and low citizen activism as well as documentation, evaluation of MHRRC and DCA previous work in the two districts, Ntchisi and Dowa,”said Phiri.

He said the project will achieve outcomes in its implementation such as increased citizen dialogue, improved and inclusive pro-poor budgeting and expenditures and increased duty bearers transparency, accountability, and for respect of human rights and principles of good governance in the delivery of Education, Health and Social security services.

Phiri expressed hope that just like the previous project in phase one and two, team work, collaboration and coordination which was there, will continue to make the project a successful in the district saying this time the project will cover the seven Traditional Authorities of the district.

In his remarks, Dowa District Council’s Environmental Development Officer, Yusuf Laki, asked all partners in the district to coordinate their efforts to make sure that the district move from where it is today to another level, observing that coordination among partners has proved to be a great challenge.

Laki thanked the MHRRC for considering implementing phase three of the project in the district for all the Traditional Authorities of the district saying this is complimenting government efforts towards delivering social services to all the people in Dowa district.

The Malawi Human Rights Resource Centre has been implementing Enhancing Citizen Participation in Local Governance and Development Process in the two districts of Ntchisi and Dowa from 2016- 2020 with funding from Danish Church Aid.