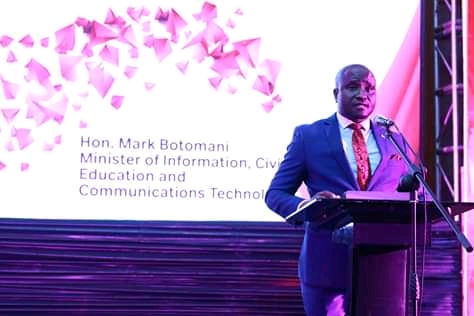 The ruling Democratic Progressive Party (DPP) says it is ready to win fresh elections slated for July, 2020.
The assurance made by Minister of Information Mark Botomani yesterday during an exclusive interview with Times Television (TTV) on how Government has prepared to defeat COVID-19.

Botomani tears apart accusations that the ruling party is faking statistics of novel coronavirus in the country to delay elections.

“We have never lost an election and we are ready for the fresh elections. There is no ground to lie on the statistics of COVID-19 patients in the country because there is no need to do so. It is insensitive to imagine that Government can give out fake statistics on the disease because health professionals are spending day in and day out in the laboratory to test people suspected to have the virus,” he says.

Botomani who is also the Government spokesperson says Government is not politicizing the fight against the disease that is why it has engaged various stakeholders.

“Some people are accusing Government of politicizing the fight against the disease. It is not true because there is no need to do that. we have engaged various stakeholders such as health experts, business people, traditional leaders and religious leaders to discuss ways on how we can defeat the disease,” he says.

According to Botomani, Government is distributing Personal Preventive Equipment (PPE) to health workers who are at the front of the fight to see of the disease.

The Government spokesperson supports lock-down as a good approach to prevent the disease.

“Complete lock-down is a good approach but I can not talk much on that because the issue was challenged in court. Government would announce cushioning measures to support Malawians during the lock-down,” he says.

Malawi has confirmed 33 cases of COVID-19 and three death in relation to the disease.