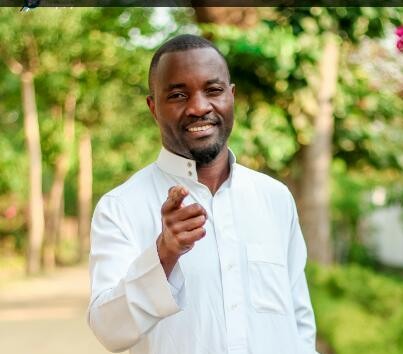 (HM) Tell me your biography.

(IK)My full name is Ishmael Afick Katawala. I was born on 30th January, 1987. I am from Mponda village in Mangochi district.

(HM)May you tell our readers about educational background?

(IK)I did both secular and religious education. For Madrassah, I obtained high certificate called “Shahada” which is equivalent to Diploma at Blantyre Islamic Mission(BIM), that qualifies me to be a Sheikh.

As for secular ,I am a holder of a Certificate, Diploma 1 and 2 and Advanced Diploma in Busines Management which I obtained from International College of Business Management (ICBM).

I am also a holder of Bachelor’s Degree in Busines Management and Entrepreneurship obtained from Malawi College of Accountancy (MCA). My secular education enables me to be working at Islamic Relief Malawi as Procurement and Logistics Assistant.

(HM)You are a top nasheed artist, tell our readers more on that?Who motivated you?

(IK) ZAIN BIKHA inspired me. At first, I used to sing secular songs. I even released an album.

I stopped singing secular songs when I discovered the possibility of doing nasheed because secular songs were sometimes driving me to wrong ways. Furthermore, I was performing in places contrary to Islamic teachings.

(HM) Do you see any progress so far in nasheed? How do you connect singing nasheed and spreading Islam?

(IK) To be frank and honest , there is decline of nasheed industry.
This is mostly caused by some Sheikhs who are preaching that nasheed is a wrong way of spreading the teachings of our beloved Prophet Muhammad (peace be upon him) and quran too. As a result, people distance themselves from listening to our nasheed, stop buying our CDs/DVDs, and also talk ill about nashid on social media. One thing that amuses me is that, they opt to stop listening to our nasheed where we have mentioned the name of Allah and attached some other messege that can help them in spiritual life yet they listen to secular music which is completely haraam.

(HM) What is your highest point in life. And your lowest point?

(IK) My highest point was when I was amongst the invited artists to represent Africa at Islamic World Trade Fair/SOUK in South Africa.

The lowest point was in 2015 when my show in Mozambique was postponned by law enforcers from Saturday to Sunday due to their own reasons that I dont know until today.That was my toughest time because the hall was already filled by a lot of people. That was Mitcash/Money kkkk.

(HM) What is your marital status?

(IK) I got married in 2017. Until today, I am with my lovely wife Hamida Jafar, although some people spread about our divorce which is not true.

(HM) What are your future plans in nasheed singing? And what message can you pass to the young ones who wish to reach where you have reached?

(IK) I have many plans but one of them is to initiate sensitization on positive impact of nasheed. Our Sheikhs should know that some people came to know Islam through nasheed, others like listening to Radio Islam Malawi because of our nasheed.

In addition to that, our shows provide alternative way to youth by avoiding them from participating in events which are contrary to their religion (Islam).
As for those who wish to reach my level, determination and focus are the main source of this achievement.
In addition to that, they must learn more about Islam so that any message they put in nasheed should be authentic, either related to Hadeeth or Ayat.