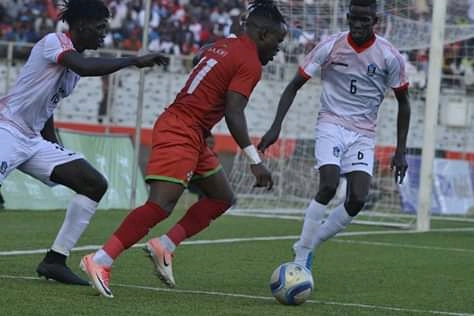 The Flames star who plays at Orlando Pirates football club in South Africa, Gabadinho Mhango scored the lone goal in the 68th minute of the second half.

In an interview with media after the game, the Flames assistant coach Lovemore Fazili said he is happy because of the victory over South Sudan.

“It’s nice to start the campaign with a win because the boys had confidence that they can do it,” he said.

The Flames will on Sunday, 17th November, 2019 play against The Cranes of Uganda at Namboole Stadium in Uganda’s capital, Kampala.

“We are going to Uganda tomorrow. We don’t expect the game to be easy. The game will be tough but we are just going to tell the boys to believe in themselves,”

“With God anything can happen. If we are going to win in uganda we will be on the good side,” Fazili said.