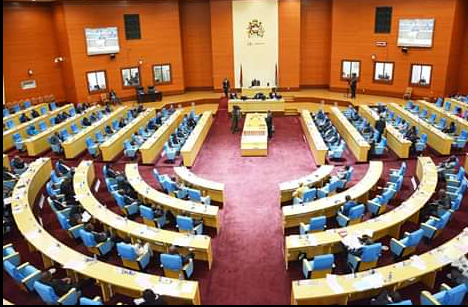 The Human Rights Consultative Committee ( HRCC), has called for an urgent investigation and address the nation on the status of Kondwani Nankhumwa’s qualifications as Leader of Government Business in Parliament.

The HRCC says it has noted continued developments and attacks on Nankhumwa on social, electronic and print media now and again alleging that he faked his parents qualifications including the details that he may not be who he says he is.

This is contained in a letter addressed to Speaker of Parliament, Catherine Gotani Hara with copies to the Executive Director of MANEB, Public Appointment Committee ( PAC) of Parliament and Office of the President and Cabinet.

In the letter, the HRCC says by copy of this letter, it is appealing to the Office of the President and Cabinet through the Chief Secretary to assist Parliament and all relevant entities that may want to address their concerns with the uttermost support required to get to the bottom of the matter.

The letter says since the allegations have been raised , Nankhumwa has neither responded nor provided any details to prove the critics to the contrary , noting that he has a high office within Parliament, that of the Leader of Government Business in the House, a position which requires people of serious integrity and highest morality.

It says given the powers of Parliament and its committees have on its members, the Committee is requesting Parliament to establish the facts of the matter so that Malawians once and for all put to rest these allegations which have the effect of impinging on Nankhumwa’s rights.

The letter expressed hope that it will be pleased to hear from Speaker of Parliament as a matter of urgency , in particular, before the fresh elections are held as there is the likelihood that his distracters would want to use this allegation as a ploy to bar him from exercising his political rights.