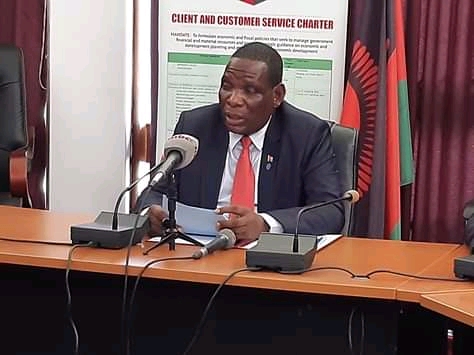 Mwanavekha made the remarks yesterday when disclosing that IMF has offered the country $40 Million (K29 Billion) in Direct Budget Support since 2013 when it was suspended due to money looting popularly known as “Cash Gate.”

“The IMF has their faith in the Government of Malawi’s economic management and policies which have resulted into continued strengthening of this country’s economy in the midst of negative shocks and vulnerabilities,”

“As a nation, this approval by the IMF has come at a time when Government and the people of Malawi are focused on a growth path to take advantage of the macroeconomic stability that continue to prevail in this country,” he said.

According to Mwanavekha, cooperating and development partners have now trust and confidence in working with Malawi and thereby supporting its development efforts.

On his part, Reserve Bank Governor, Daliso Kabambe said the news is exciting for the nation that will ensure that the country’s macroeconomics are well anchored leading to a stable exchange rate and catalyse other development partners to pen their taps for direct budget support and other financing.