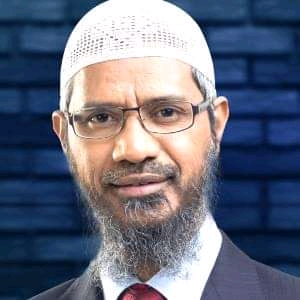 According to Dr Naik , it is forbidden and there are numerous evidence that point out this.

“It’s a sin which tempts and leads a person towards Zina and immodesty. All believing men and women are to guard their chastity and refrain from such evil acts. The religion of Islam wants a person to be of extremely pure and modest nature,”

“There is no place for any kind of immodest or wickedness in Islam. Allah subhana-wa-ta’ala has made all the good and lawful things pure and clean and the impure things are regarded as unlawful,” he says.

Prophet Muhammad(saw) said: “the best of the people is the one with the good character”. Hence a person must always strive to be of best character.

In another narration, he says: “When your modesty goes on reducing (and there remains no veil of a hindrance in between you and immorality), then do whatever you wish”. (Bukhari)

In one of the narration Prophet Muhammad (saw) mentions that: “Modesty is a branch of Imaan” (Bukhari).

“Hence a person who indulges in evil acts of immorality are the ones with week Imaan or in other words, the faith of a person is weakened by the evils of immodesty and immorality,” Dr Zakir says.

“And those who guard their chastity (i.e. private parts, from illegal sexual acts). Except for their wives or (the captives and slaves) that their right hands possess, – for them, they are free from blame. But whoever seeks beyond that, then those are the transgressors.” 23.5-7
“And let those who find not the financial means for marriage keep themselves chaste until Allah enriches them of His bounty.” 24.33.

“In the second verse, we can see that if a person is capable of marrying must marry and protect himself from evil acts and if he is not capable of marrying(financially) than he must fast as fasting will help him in being patient in facing temptations,” he says.

1. The intention. The motive to cure the problem must be to attain Allah’s blessings and solely based on fearing His punishment.

2. Marriage. If a person is financially capable of marrying that he should not waste any time and get married soon as this will protect him from immorality.

3. Keeping oneself busy with the work and worshipping Allah subhana-wa-ta’ala.

6. Using your leisure in helping others and worshipping Allah.

8. Avoiding the thoughts that it is permissible because it prevents one from committing Zina. No, it leads one to it.

9. Willpower. a strong willpower is mandatory to achieve anything and if a person is not sincere and lacks willpower than he will not be able to cope up with the problem.

10. Follow Prophet Muhammad(saw’s) advice i.e. fasting. If the problem is too chronic that a person is advised to fast as it diminishes the power of sexual temptations.

11. Keep a good company. Try to be with people who are god fearing and righteous. Avoid to be in the company of those for whom immorality is normal.

12. Ask Allah to cure you. Seek his forgiveness and do tawbah.

May Allah protect and help us. May Allah keep us from all the roots of evil and wickedness