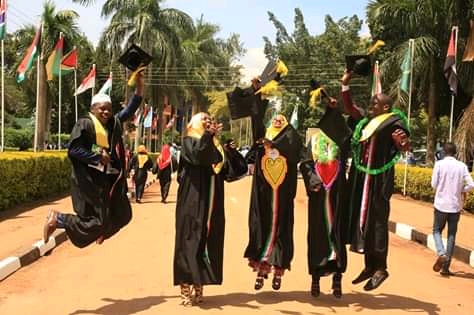 Islamic University in Uganda (IUIU) Malawian former student has urged current students of the institution to work hard in their studies.

The alumnus, Mr Kandu who graduated in 2001 made the remarks on Tuesday when he visited the university’s Main campus in Mbale.

According to Mr Kandu , IUIU is one of the best academic institutions in the world because of its attachment to Islam.

He said IUIU produces moral graduates who are always hard working and results oriented when employed.

Mr Kandu who is a civil servant in Malawi said the students are supposed the skills acquired lecturers to be productive and responsible citizens in their respective countries.

He is one of many IUIU Malawian alumni who are contributing positively to Malawi’s social-economic growth.

“His speech has made us to believe that everything is achievable in life. We have also been reminded that IUIU morals and values are also needed in the workplaces,” Pias said.

IUIU has over 30 Malawian students in its three campuses namely Main campus in Mbale, Kampala campus in Kubili and Females’ campus in Kabojja.

The Islamic University in Uganda was opened in the year 1988 by the Organisation of Islamic Cooperation (OIC) under a bilateral agreement between the Government of Uganda (GOU) and the OIC.

The University was established to provide equality education to English speaking Muslim Sub Saharan Africa countries. The University also enrolls Christian students who are allowed to practice their faith.