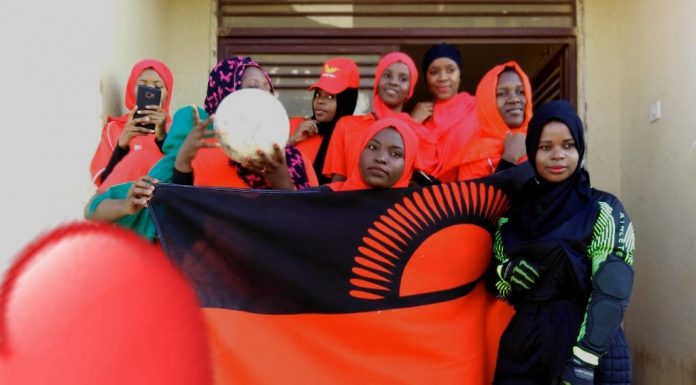 Malawi Muslim Female Students at International University of Africa (IUA) say they are optimistic to win the football tournament organised by Ambassador of Kenya in
Khartoum,Sudan.

The Director of Sports and Culture for Malawi students Lekeleni R. Akimu told Malawi Muslim Website that so far they have progressed to the semifinals.

“Yesterday,we played with Nigerian students and also registered a draw and because Nigerian students had no point and we had one, it gave us an opportunity to proceed to the semifinals. we are expecting to win this tournament, God willing,” she told Malawi Muslim Website.

Akimu who is also the goalkeeper of team attributes the draws to poor officiation.

“We have been registering draws because of poor officiation. Last week, we were winning against Ghanaian students and the time was over but the referee didn’t end the match that angered people. During that time our opponents got the chance of shooting the ball while our defenders were confused with people who invaded the pitch. Immediately after the goal, the referee ended the match,”

“Yesterday, we were also winning but after the first half, our opponents entered the ground with many players instead of 7 inside and 1 goalkeeper . They were 9 inside without us noticing. Fortunately, one among them told people that they are 9 instead of 7,”she says.

Next week on Wednesday, the team is playing against Gambia. The Malawi team is being coached by Esnart from Zambia.