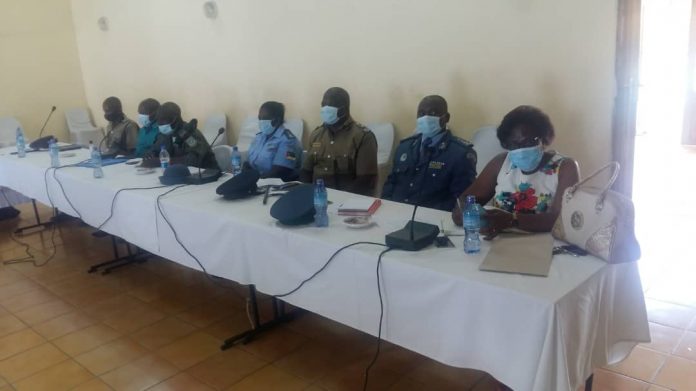 The two day meeting took place from November 11 to 12, 2020 at Makokola police cottage.

In his speech Mangochi district chief asked all office bearers in both Malawi and Mozambique to strengthen their working relationship for the betterment of a common man in the village.

He also encouraged the spirit of sharing problems to one another since a problem shared is half solved.

In response Mozambican commissioners thanked Mangochi district commissioner for organizing the meeting described as a success.

They also thanked red cross and Emmanuel international organisations for their financial support.

On Covid 19, it came to light that both Mangochi and three Mozambican districts are doing fine in managing the pandemic.

Mangochi in the last three months registered no new case whilst on the other hand three districts of Mozambique registered reduced new cases each and every day same period.

At the end of the meeting the house agreed to conduct similar meetings bi-annually at district level.

Whilst police was encouraged to meet monthly if need arises in order to monitor issues raised in each and every meeting.