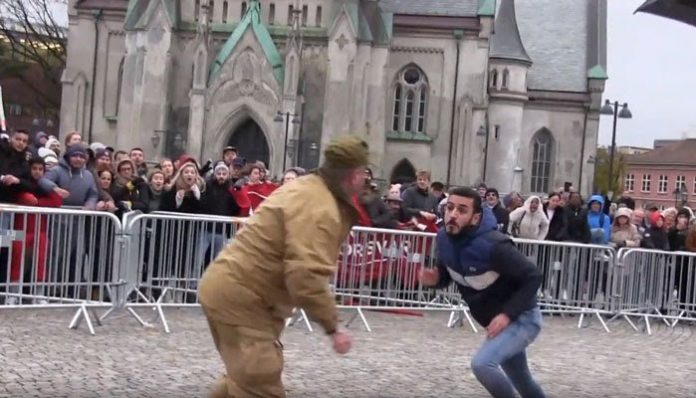 Muslims in Malawi have joined the international Muslim community commending a man who defended Holy Qur’an last week from being burned in Kristiansand, Norway.

Various Muslims in the world have taken it to social media calling the man a “hero of Islam” for defending the book of Allah.

“This man (Ilyas) attacked a man who was burning Quran in front of hundreds of people in Norway.
He’s my hero. May Allah bless this man. May Allah bless all Muslims (including all MALAWIANS)
with more boldness and courage to defend Islam. ❤️,” Tweets one Malawian.

Several Malawi Musims told Malawi Muslim Website that such courage is needed because it is unjustifiable to burn the Holy Book.

“The man deserves to be hailed for his courageousness. People were not able to intervene but the man fearlessly came in to defend Qur’an. May Allah reward him abundantly,” said Aisha Ahmad.

The Norwegian police arrested the Muslim hero and he was released on Monday.