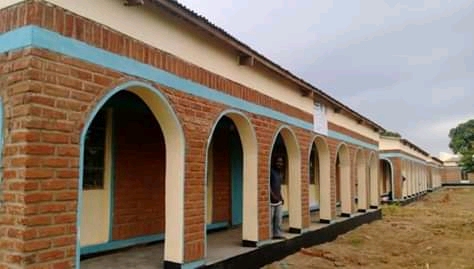 It is true that we are supposed to have Muslim hospitals, Islamic University and several outstanding Islamic primary and secondary schools.

BUT “Alhamdulillah” various Muslim organisations are instilling hope by bringing some of these significant institutions.

We can not expect to have all what we want in a year as so goes say “Rome was not built in a day.”

Patience, unity and hard work will lead us to the dreamland where Insha Allah Muslims will own an Islamic University and muslim hospitals as it is in other countries such as Uganda.

Uganda is one of the countries where Muslims are heard because they have what it takes to be heard.

They have Islamic University which has just scooped an award for being the best private university this year in the eastern African country.

Insha Allah, I am optimistic that we shall reach that level. The efforts of Muslim Association of Malawi (MAM) and other Islamic charitable, Non-governmental organizations such as Bilal Trust will take us there .

Malawi Muslims have all what it takes to be leaders not to always be followers. We can’t lead if we are not well educated and we can be educated only if we can invest in education by having our own outstanding academic institutions.

MAM is constructing primary schools and clinics across the country to see that we are making a progress. The institution also has some secondary schools.