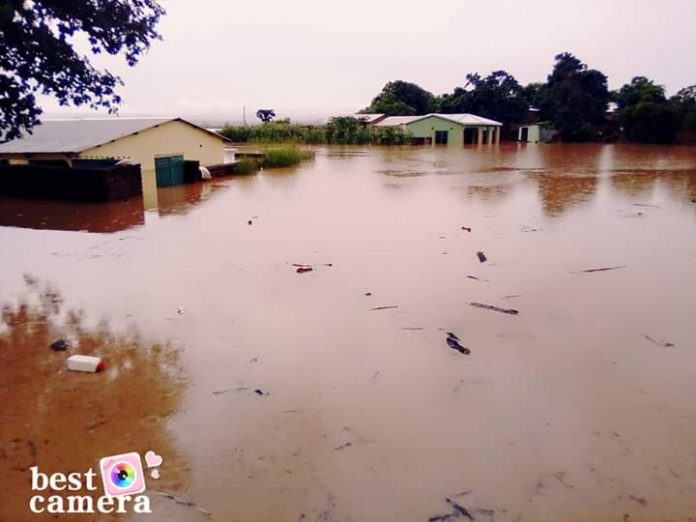 …as heavy rains cause floods in Lilongwe yesterday.

The Department of Climate Change and Meteorological Services in the Ministry of Natural Resources, Energy and Mining says as from Sunday 23rd February to Sunday 1st March, 2020, there will be a wave of widespread thunderstorms passing through the country.

The Department says the thunderstorms are caused by the Inter- Tropical Convergence Zone as it crosses the country, leaving the South with meager and reduced rainfall activities, resulting in most areas in the South to experience erratic and isolated thunderstorms inter – spaced with dry weather conditions particularly over the extreme South.

It says thunderstorms rainfall activities inter – spaced with heaviest episodes will be over the North and Central areas of the country during most days of the week.

This is contained in a statement on weekly weather update issued by the Director of the Department, Jolamu Nkhokwe.

The Department says locally heavy downpours which could result in swelling of rivers due to siltation is likely to trigger floods particularly over northern lakeshore areas.

The department is advising the general public to avoid crossing swelling rivers, and to be indoors to avoid being struck by lightning whenever thunderstorms occur in the vicinity.

The general public is encouraged to take advantage of any rains to carry out rain water harvesting including drilling of boreholes to be used for irrigation during any mid – season dry spell, with tree planting activities to continue.

The public is relentlessly being strongly advised to religiously pay undivided attention to the continuously available daily, 10- day and weekly weather updates from the Department to ensure seamless use of weather information on all timescales and be kept safe from any weather related threats.

Meanwhile, the Department is closely monitoring weather developments over the country including in the south west Indian ocean and in the Mozambique channel where tropical cyclone formation can occur.