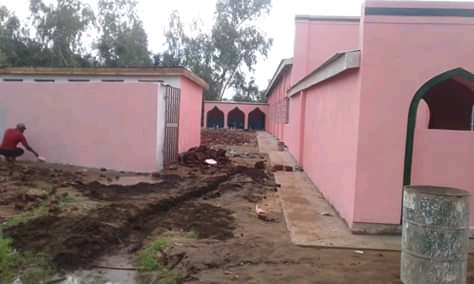 Muslims in the country have hailed Malawi Muslim Association (MAM) for prioritising both secular and Islamic education.

According to a snap survey that Malawi Muslim Website conducted, MAM is on-track to have many Muslim intellectuals.

AbdulRahmam from Lilongwe said the new school blocks constructed by the association in Makanjira tell how committed MAM is to improved education.

“The secondary and primary school in Makanjira is a clear indication that MAM’s leadership needs to see an educated Muslim community. That is a milestone and we are proud of that,” he said.

Muslims have also attributed to the construction of primary schools across the country as a sign that the association is geared to improve education.

MAM has also constructed a big mosque and madrassah blocks at the same place.

During the launch of the infrastructure, MAM National Chairman Sheikh Idrissa said it pleased him to develop his home village after constructing over 350 mosques across the country.

“I am very happy to learn that the disagreements that we have been experiencing for the past years as a result of slight differences in religious ideologies are over,”

“This is good and it should continue. This masjid is for everyone. I don’t want to hear that someone has been denied to conduct an Islamic activity here.” he said.