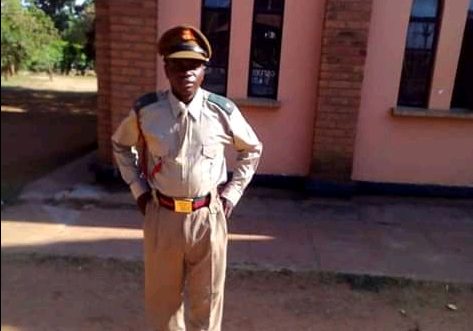 Malawi Defence Force (MDF) Muslim Chaplain Sheikh Major Saad Khamis Malovu has asked soldiers to submit themselves to true God.
Sheikh Major Malovu made the call on Thursday during MDF Inter-religious prayers under the theme “Serving the true God”  at Airbase camp in Malawi’s capital, Lilongwe.
In his lecture, Sheikh Major  Malovu says it is a must for soldiers to praise true God who created everything, who hears everything and God who will interrogate human beings  in the life hereafter.
He  says Satan has no part in controlling the lives of people because the only overseer of our lives is true God.
“Satan has no role in your lives because your life was offered by God and its limited time. When that time reaches , God will take back His live from us,” he says.
The MDF Muslim chaplain asks the soldiers and their spouses to always put God first.
“We, as soldiers, we as soldier’s wives are supposed to be praising God in whatever we do  daily,”
“We should always do our job in line with God’s wish. Whenever we are doing our job to please God, He will always give us good rewards. We should serve true God. ,” he says.
Sheikh Major Malovu says, soldiers should always know that any positive thing they do has a good reward and we shall be accountable for our deeds.
“If we are working to improve the living standards of our families, to develop our country , we should always know that we are praying to God and we shall be rewarded  for that in the life hereafter,” he says.
Sheikh Major Malovu advises soldiers to always be consistent when it comes to praising true God.
“Just imagine you are praising God and at the same time falling in the traps of  Satan. In such situations you lack direction but I am urging you to only cling to true God who created you and me,” he says.
The Inter-religious prayers happen annually to bring together all denominations within Malawi Defence Force.