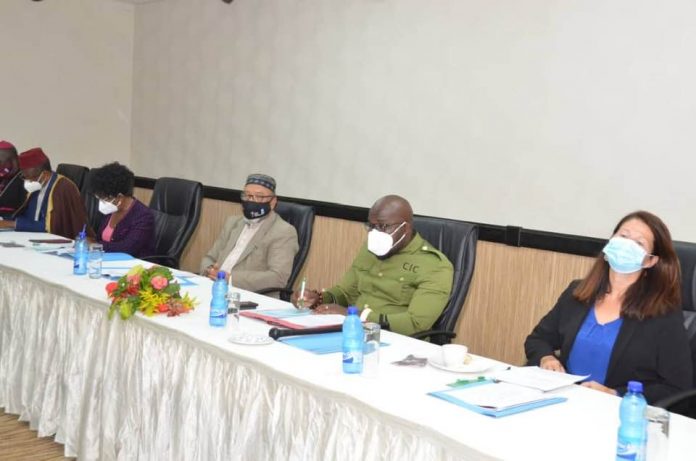 Malawi’s Minister of Unity and Civic Education Timothy Mtambo has commended Muslims and Christians in the country for signing a Memorandum of Understanding (MoU) with the help of Public Affairs Committee (PAC) that allows Muslim girls to wear hijab in Christian aided schools.

Mtambo says the gesture has proved that Malawians value unity and peaceful coexistence.

“Bravo PAC, Brovo Our Malawian Christian and Muslim family. It has been a long journey but finally peace and unity on the Hijab dress code matter has prevailed. This is historical and this is a lesson to all of us that we should learn to embrace each other, unity in diversity. Different people same rights. The right of the child has prevailed. God bless you all,” Mtambo says.

A MoU signed on Thursday, 17th June, 2021, allows Muslim girls to wear hijabs in schools whose colour shall match that of the school uniform as determined by the Proprietor.

“It is hereby agreed that a Muslim girl child shall not be discriminated against on the ground of religion and shall, in addition to other rights, be allowed to dress modestly which include wearing hijab in Assisted Christian Schools. The wearing of hijab shall not deter in any way the learners’ active participation in other school extra-curricular activities which do not infringe on their right to religion such as sports among others,” reads a statement.

Both parties agreed that Hijab identify Muslim girls hence the signing of a Memorandum of Understanding.

“Parties hereto mutually agree that learners’ right to education and freedom of religion particularly that of the girl child, ought to be recognized and respected in Assisted Christian schools. The principle practice of religion is not only confined to belief but may include ceremonial acts, customs such as the observance of dietary regulations, the wearing of distinctive clothing or head coverings, participating in rituals associated with certain stages of life, among others,” reads a statement.

There has been cases in the country whereby Muslim girls were not allowed to attend classes in Christian aided schools while putting on Hijabs. The action has been causing unrest between Muslims and Christians.