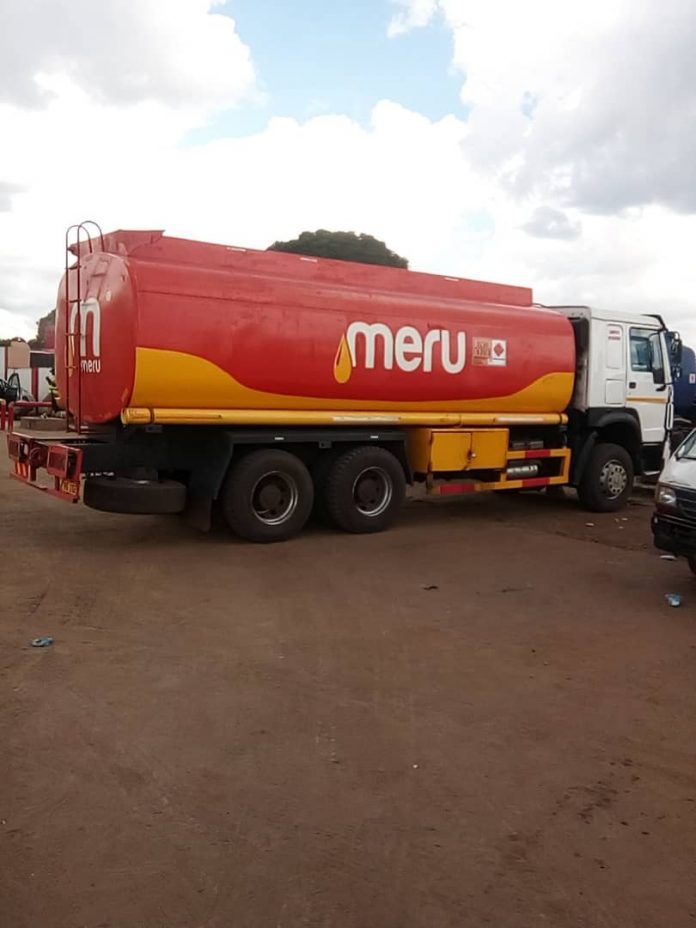 Inkosi Mkukula of Dowa district , has expressed a concern over a petroleum company, Mount Meru for failing to honour the Social Corporate Responsibility (SCR) that was signed at the time of purchasing its land for a company.

Mount Meru was offered a land for its company at Dowa turn off on the M1 Lilongwe- Mzuzu road and it promised to build an Under 5 clinic and a school as part of giving back to the community through the corporate responsibility.

Since 2014, the company has up to date failed to implement any of the promised social corporate promises but on its own without consulting the chiefs of the area, started implementing school feeding program in surrounding schools of the area, a thing that was never agreed and is aimed at fooling the community there.

Speaking in an interview, Inkosi Mkukula alleged that one copy of the land agreement form was kept by Mai Halima Daud now MP for the area, Dowa South East Constituency and the other copy was kept by the Lands office in Lilongwe saying the company’s surrounding village chiefs have been going to Mai Daud for the agreement form but have not been given to this day for reasons best explained by her.

Chief Mkukula said the surrounding Group village heads of Kamkwamba, Phereni and Mgubo have been making an appointment to meet the owners of the company, the Indians, through the Human Resources Manager, a Malawian, but the doors seemed close .

He said the surrounding village chiefs travelled to the Lands office in Lilongwe to follow up the other copy on Tuesday and found it , expressing hope that this time around, they can follow up the matter with or without Mai Halima Daud.

The Inkosi said Mount Meru is implementing schools feeding program providing phala (porridge) and nsima in primary schools of the area such as Chivala, Mtunthama and Manondo with the communities surrounding these schools providing on their own firewood from their graveyards.

Inkosi Mkukula said although the feeding programme is a good gesture but this is outside the main agreement reached with the company, lamenting that chiefs of the area do not know on who was behind giving the company a go ahead in implementing the feeding program making it to forget the corporate responsibility they agreed on paper.

“The graveyards trees have been depleted. Mount Meru did not provide alternatives or sustainability plans to supplement the trees being cut down,” said Inkosi Mkukula.

The Inkosi said had it been they were consulted before embarking on the feeding program in schools under the catchment area of the company, they would have asked the company to build additional classroom blocks at Chivala primary school in the area.

He said the three Group village heads surrounding the company Kamkwamba, Phereni and Mgubo, will arrange a meeting with Dowa District Commissioner, Alex Mdooko for the way forward, expressing hope that the DC will help them to meet the Indians who are the owners of Mount Meru company to either fulfill the corporate responsibility agreed upon or else leave their area to somewhere in the district or in Lilongwe.