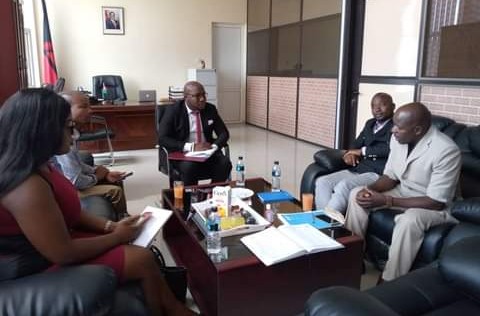 Minister of Civic Education and National Unity Timothy Mtambo says youths are playing a pivotal role in ending political violence in the country.

Mtambo made the remarks yesterday when meeting Young Politicians Union (YPU) during a meeting specifically organised to cement collaboration between the Ministry of Civic Education and National Unity and the organisation.

Mtambo said the organisation explained how it has helped in reshaping the country’s political landscape.

“The YPU higlighted their capacity and efforts that they have so far undertaken in restoring and promoting peace aimed at eliminate political violence in the country,” he said.

On land issues, Mtambo said the YPU also shared their views on how they can work together with the Ministry specifically on intensive civic awareness in communities where the YPU has outreach capacity.

Mtambo said he is happy that the youths are ready to work hand in hand with his Ministry to develop the country.

“I am glad to note that this speaks well to the tone of mindset change which the Government is holding dearly to achieve. The time for people-driven efforts aimed at establishing a vibrant and peaceful society is within reach with mindset change in place,”

“It is on that note that the Ministry comments the Office of President and Cabinet for prioritizing mindset change agenda as witnessed in efforts pursued by the State Vice President to that effect,” Mtambo said.