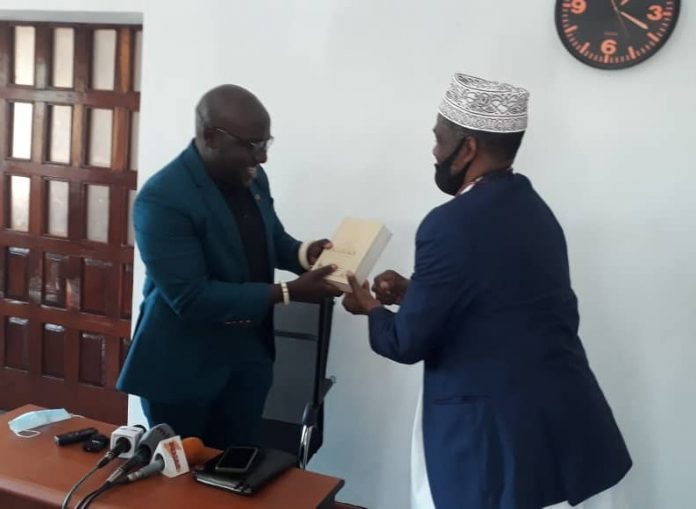 Minister of Civic Education and National Unity Timothy Mtambo says he will read the holy Quran given to him by Muslim Association of Malawi (MAM) to know more about Islam.

Mtambo made the remarks yesterday during the meeting with MAM officials led by MAM National Chairperson Sheikh Idrissah Muhammad in Blantyre.

Mtambo thanked MAM for giving him the Holy Qur’an saying it will help him to discover Islam.

“I am grateful for giving me the Holy Qur’an. This Qur’an will help me to know more about Islam because this is God’s book,” Mtambo said.

“MAM has done a lot in developing this country in various sectors including education and health among others,” Mtambo said.

The Minister hailed Islam for promoting peace and unity in the country.

Mtambo asked MAM to continue working together with Government to unify the country.

The Minister also hailed MAM for peacefully resolving the billboard saga between Muslims and Evangelical Association of Malawi (EAM). The billboard that was erected by Islamic Information Bureau (IIB) in Blantyre aimed at encouraging people to read the holy Qur’an was removed by Blantyre City Council (BCC) after a query from EAM that it had a message that would incite religious violence.